It’s true, Marc Marquez is working hard to try and get back on his bike but, for now, the news regarding his physical condition is not encouraging. After receiving confirmation that number 93’s MotoGP season is effectively over, new information suggests that the worst is yet to come.

We have learned from our reporter Manuel Pecino that the eight-time champion has decided to consult Austrian and American staff to understand whether he can avoid a problem known as “pseudoarthrosis”, or rather a kind of joint disease. The humerus he fractured in the first race of the season has already been operated on twice, but it’s not enough.

A third surgery appears necessary in fact. And what will the outcome be? No one knows unfortunately, not least the rider. We knew the 2020 season would be at risk and, now almost over, Honda will not field the number 93 rider at the final Valencia and Portimao races either. 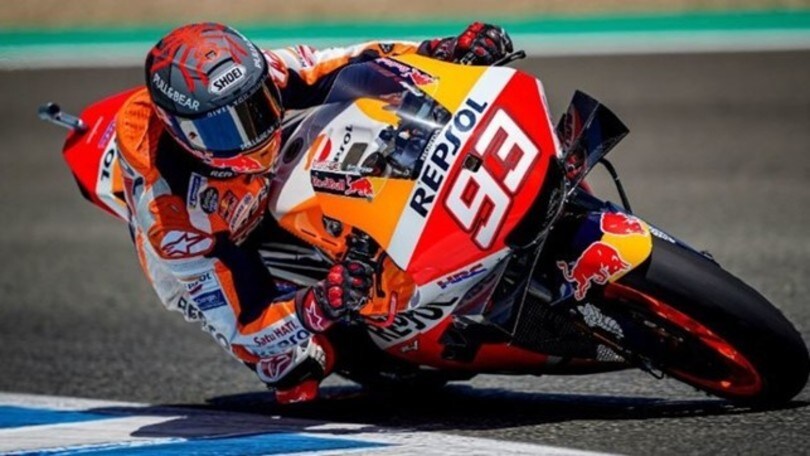 Manuel is on-site at Valencia. Having spoken to those involved, Pecino explains the situation to us: "Marc needs a bone inserted into his right humerus, because it’s not calcifying. So, the medical team needs to take a piece of bone from his hip and transplant it to the humerus. This is plan A. Some doctors in Madrid have suggested waiting for three weeks or so. But if all else fails, this third surgery might be the solution In this case, the doctors talk of long recovery times. Marquez won’t ride for six months. The risk is that he might not be able to continue as a rider, although there is no risk to him as a person.”

Pecino offers his analysis of what’s happened so far: "Marc Marquez’s situation is worrying. Here at Motosprint we’ve already mentioned how Team Repsol Honda's ‘non-communication’ policy leads to all sorts of rumours. And gossip is fuelled by controversy. And this is what is happening right now with the Marc Marquez situation… Why not just explain what’s going on?

The reality is that the situation of Marquez’s broken humerus has become complicated. At this point, no one would dare deny that trying to race one week after his first surgery was a huge mistake. A mistake that has had devastating consequences. Marc has not completed one race this 2020 season and his participation in 2021 is still in doubt. No one knows what will happen. The two operations on his humerus have significantly damaged the bone. It’s likely he won’t be ready to race before March next year…. We’ll see”.

More time off. 2021 is in doubt and Honda returns to the market

Considering his ordeal up until now and the expectation of another surgery, various question marks hang over Marquez’s future. Legitimate ones. Also because, if his condition were even half way decent, he’d have already got back on the bike.

But no, no riding. At this point, HRC, Honda and team Repsol must find a solution. They need a leading rider, not a tester or a pacesetter.

Thinking about it, Andrea Dovizioso wouldn’t be a bad choice, and neither would Jorge Lorenzo, to tell the truth. Who knows if Alvaro Bautista has been contacted? Who will join the newly acquired Pol Espargarò? We all hope that MM93 returns to his factory RC213, but for now we’re unable to promise anything.

MotoGP, Iannone case: “Predictable sentence, in line with the regulation”

Moto2, Marco Bezzecchi: a Street Triple RS for a season to remember

MotoGP, Andrea Dovizioso and the 2022 scenarios

MotoGP, Iannone after the sentencing: “They’ve broken my heart, but I won’t give up”

MotoGP, Andrea Iannone suspended for four years by the CAS