MotoGP, Dr. Costa: “Marquez should have had a transplant earlier” 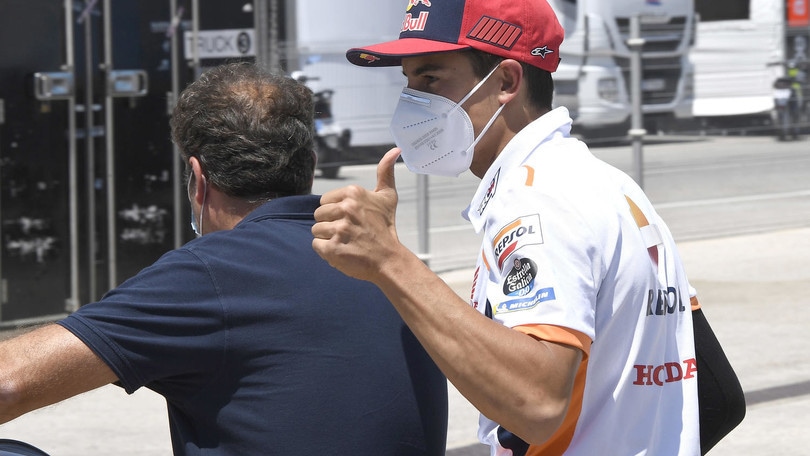 Doctor Claudio Costa explains the Spanish champion’s current situation: “Delayed consolidation of the bone should have raised an alarm bell”

In light of the news we received from our colleague Manuel Pecino in Valencia this morning, we contacted Doctor Claudio Costa, a man who has treated many great champions over the years, to ask him about Marc Marquez’s situation. A third surgery might be necessary, one that would involve a bone transplant.

“It was always possible”

“The fact he went straight back to racing - explains Dottor Costa – might have meant that the fractured humerus didn’t immediately want to heal. But a fractured humerus, in some cases, will overcome this. With screws or a plate, it would normally heal in three months but sometimes there is a delay in bone consolidation and unfortunately it will often not heal. In this case, a transplant is required. This is the way to go in order to fix the bone once and for all.”

For Doctor Costa, the idea of a transplant should have been considered long ago by Marc’s medical team: “If they saw that the bone was in good shape but taking too long to heal, then the surgery should have been done earlier.”

Although Doctor Costa thinks the best solution during the first surgery would have been to use a nail, he refrains from “condemning” the team that treated Marquez: “The doctors hoped that the fracture would heal by itself, and they waited a sufficient time to see if this would happen, but there is a limit, a tipping point, and at a certain stage they should have decided, as the 2021 season is fast approaching. Even if he needs 4 months to recover instead of 6 as they’re saying, Marc will still be late, returning in March when the season’s already begun.”

"I can’t say what the maximum limit was, as I don’t have the X-rays, but even the fact that the bone was taking so long to consolidate should have raised an alarm bell, which might have meant the transplant was considered earlier.”

A one of a kind

Lastly, Doctor Costa analyses Marquez’s accident: “During my career as the riders’ doctor, I’ve come across very few riders with the same fracture as Marc Marquez. The humerus is a bone that riders rarely break. This could auger well for Marc as, once back on the bike, he’s unlikely to suffer a similar accident and a similar injury again”.