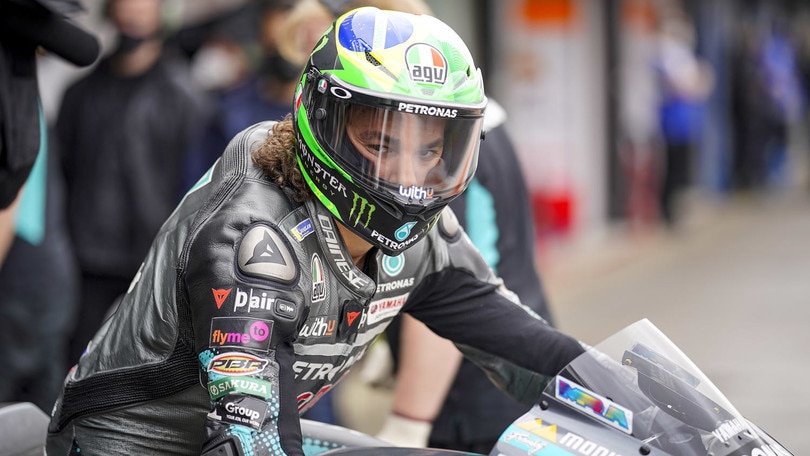 "But on the other hand, test riders can’t cover many miles in the current situation. I’m sorry for Iannone, I believe in his good faith. The good weather will help me fight back", states Franco

Another race weekend is about to begin for Franco Morbidelli, who looks forward to better days for himself and Yamaha. The latter has missed out on the chance to have Dovizioso as tester, also depriving its riders (Franco included) of a potential extra weapon.

“Having a great rider like Dovi as test rider would have brought added value, but on the other hand the current situation doesn’t allow testers to cover many miles. In normal circumstances, he could have been a great help, while now test riders are only 50% operational.”

The other news of the week regards Andrea Iannone, his career appearing irreparably compromised.

“I’m really sorry for Andrea, I’ve known him a long time and I believe in his good faith, so I can only send him big hugs and wish him lots of luck in his fight.”

"Inconvenient situation for Rossi. I need to work on corner speed"

One man who will line up alongside Morbidelli this weekend is Valentino Rossi, who appears to have come through his Covid-19 nightmare.

“I spoke with Valentino on Sunday after the race, mainly about how it was to spend so many days home alone. He’s spent a lot of time playing with the simulator, so I see the Playstation helps at a time less this. It’s inconvenient for him, as when you go racing you need to concentrate only on that, while he’s had these other destabilising factors, but I’m sure he’ll manage everything fine.”

Franco meanwhile needs to find the right confidence with his M1 again, putting last Sunday’s performance behind him to finish the season strong.

“I’ll approach the weekend as I usually do, giving it my all. The last race wasn’t positive for me, so I’ll try to be quick and enjoy the last two races of the season. The better weather will sure help me to work and improve; I want to focus on corner speed.”

Morbidelli hopes he won’t be battling with tyre pressures again, a problem that has only really affected the Petronas riders up until now.

“I don’t know if the other Yamaha riders besides me and Fabio have had this problem, but I think we’ve both suffered more than once, albeit to different extents. The team and I have an idea as to what’s happening but we’re still looking for a clear explanation.”