Furious yes, but with himself. This is the Fabio Quartararo we are seeing in the final stages of a 2020 MotoGP championship that appeared to be his for the taking. He’d promised as much last year and continued to do so at the start of this season. The 2019 Rookie of the Year began with a lethal pitchfork, which he inflicted on his rivals in Andalusia, post-lockdown.

With Marc Marquez out, the Frenchman was – as it turns out – misleading the STR Petronas fans and management, all of whom hoped for a possible championship title, with Quartararo leading up until the Grand Prix of Europe. Valencia proved fatal though, and in seven days he lost his head, his lead, and a possible trophy.

The performance of El Diablo and the turquoise M1 color verde acqua has seesawed for sure, the Frenchman able to console himself only with the fact that he has won the most races as things stand, with three wins to his name. This will weigh on his shoulders, clearly not too strong when it comes to handling the pressure put upon him by his team, sponsors, managers and rivals.

Team-mate Franco Morbidelli has scored the same number of first-place finishes. But unlike Franco, the Italo-Brazilian has not caused agitation or tension, ‘Mordibo’ in fact calming the waters. And this despite him having a 2019 M1 and no future (as yet) as a factory rider.

At Ricardo Tormo, 'Quarta' went overboard… Mistakes in practice, distractions during qualifying, crashes – two – in the race. How can a rider who thinks about his bike’s limitations rather than its advantages hope to win the title? The same behaviour demonstrated by Vinales and Rossi, in reality.

It’s impossibile, as history teaches us. We know that the rider will always seek perfection. But the same rider knows that perfection doesn’t exist. It’s all about compromise and walking a knife’s edge. This is MotoGP, just ask Valentino Rossi.

When it came down to managing the situation, Fabio got it wrong and, like Maverick Vinales, he got nervous. We know the Spaniard is temperamental, and the Frenchman risks going the same way. We hope not, seeing as next year they’ll be together on the same team. Think of the complaining…

And yet, the Yamaha has won the most out of all the MotoGP bikes

Let’s consider the sum total of the Japanese bike’s successes. As we’ve said, Quartararo is on three, with Jerez, Jerez and Barcelona. The same goes for Franco Morbidelli, with Misano, Aragòn and Valencia. Maverick Vinales has just one, scored at Misano, while Valentino Rossi is stuck on zero, after a terrible year.

So the figure is seven. Not bad, in such a short (but intense) championship. Also because the other manufacturers are further back, Ducati with two – one win apiece for Dovi and Petrux, in Austria and France - KTM and Suzuki also on two. With only one race to go, no one can catch Yamaha. 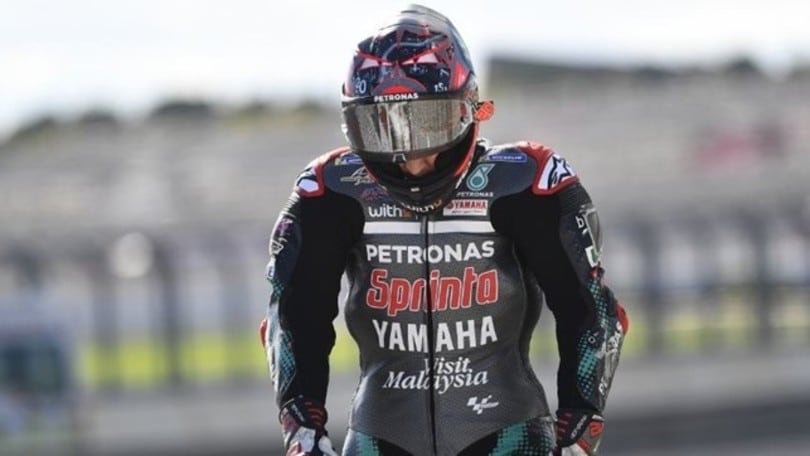 And there’s the thing. What is lacking is serenity. The imbalance caused when the initial cards were shuffled saw certain riders dealing with a level of pressure for which they were unprepared.

Quartararo first and foremost, confirmed as a factory rider months ago already, as if Iwata knew it had found a replacement for (the good) Rossi and (equally good) Lorenzo. But that’s not the case right now. While last year he was able to race calmly with limited responsibility, the situation has now changed. For the worst, if we look at his face. We all make mistakes but the idea is not to repeat them. El Diablo meanwhile has flogged himself. Going from MotoGP leader to fifth so quickly is a demise perhaps never before seen in the top class.

Morbidelli, why not factory?

A good question, so who wants to answer? We know that Valentino will replace Quartararo in Petronas, and that Fabio will move up to Monster Energy. But why the Frenchman and not Franco? “Eh, but the 2019 bike is better than the 2020 version”. Who says? And it’s not true because, as we’ve said, the new M1 has scored four wins, the ‘old’ one three. No no.

We’ll tell you why the Italo-Brazilian deserves more attention. He’s already won a Moto2 title, and a Stock600 title, and so he knows how to deal with pressure. Quartararo no. Maverick did so in Moto3, although it appears he doesn’t remember, while Joan Mir did the same, and has remembered it well this year. Very well in fact.