Livio Suppo: “Davies? He’d be a good solution for Aprilia” 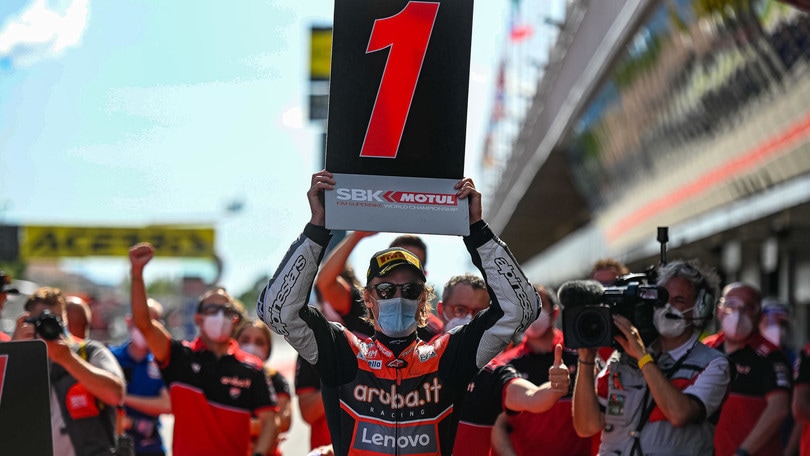 OPINION – The former Honda and Ducati manager tells us what he’d do on the market if he were in Aprilia right now. Aside from Chaz, he sees: "A talented Moto2 youngster"

The CAS didn’t believe in Andrea Iannone’s innocence and faced with a food contamination defence, it opted to disqualify the rider for four-years in line with a proposal from the WADA. A heavy blow for the Italian who has continued to claim his conscience is clear. And for Aprilia too, the manufacturer now having to complete its line-up when the grid is already almost complete. What would Livio Suppo do if he were in Aprilia?

Who would you put in place of Iannone?

It’s not an easy situation and the experienced Italian manager has this to say: “It’s difficult now. I’d go with a young Moto2 rider, considering how talents like Binder and Oliveira have shown they can be fast despite limited experience”. Or perhaps it’s better to opt for a rider who already knows their way around powerful bikes: "The situation means you have to look around. Chaz Davies is still without a ride and is someone who has been able to give the very fast Jonathan Rea a run for his money from time to time. Sometimes it pays off to come at it from another angle”.

Davies between SBK and MotoGP

The Welshman is currently on the market, having concluded a lengthy stint with Ducati, on the factory Superbike team. Having joked that he might work for Andrea Dovizioso, Chaz Davies was looking to stay in the production-derived series, but although his name has been closely linked to that of the Go Eleven team, we shouldn’t rule out a conversation that might take him to MotoGP, and another Italian manufacturer.

In the meantime, and after honouring its rider during a track walk, Aprilia welcomed Iannone back to the garage in Spain, the Italian paying his team a visit over the race weekend. Suppo comments: “If someone unknowingly takes prohibited substances, then a one-season ban is already sufficient punishment. Clearly, the WADA didn’t believe this claim and they’ve come down very heavy. Four years is a lifetime for a sportsperson”.