Moto2, who will win? The pros and cons of Enea Bastianini 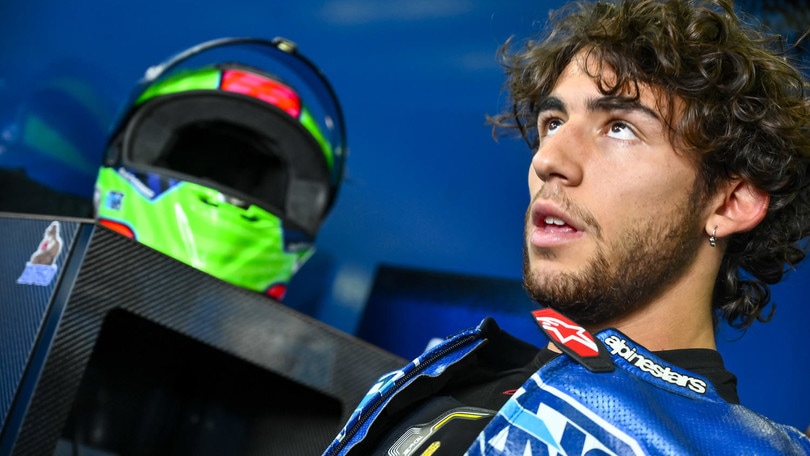 The Italtrans rider leads the way in the standings with a 14-point advantage over Sam Lowes, but if he wants to win the title he’ll need to keep a clear head and run a calculated race

He shows both grit and the hunger to win. But Italtrans rider Enea Bastianini, who came to Moto2 in 2019, will need to pull out all the stops if he wants to be crowned champion.

At the final round, taking place this Sunday at Portimao, he’ll be up against riders of the calibre of Sam Lowes, Luca Marini and Marco Bezzecchi.

A season of fluctuating results

After a year of Moto2 'adaptation', Enea’s 2020 season has been characterised by both positive and negative results. A third-place finish at season-opener Qatar was good of course, considering his only third place of 2019 came in the Czech Republic. So his season start was unexpected. Covid-19 then stopped the championship and on its return, at Jerez in July, Enea struggled to finish ninth.

A first false step? Definitely not, because he then scored two wins in the following races of Andalusia and the Czech Republic. It was here that Bastianini became a possible title contender.

Austria then brought him his first zero, but he soon made up for this at the two Misano races, scoring a third and another win, his third of the season, which he followed up with a second and third place at Aragon.

His rivals in clear difficulty

As he mentioned during an interview with Motosprint, published in issue 44, this year’s calendar and intense race schedule has also impacted on results: “We’ve had to get used to racing twice at the same track in very different conditions – he said – and it’s not at all easy, you need to adapt, and you need luck too”.

And, in effect, luck (and bad luck) have played a big part this season. Luca Marini’s crash in practice at Le Mans for example, which led to the Sky Racing rider losing his championship lead due to fluctuating results. Or the wrist injury sustained by Sam Lowes during FP3 at the recent Valencia race. The Brit has a very swollen hand, his physical condition for the coming weekend still an unknown.

What will it take in the last race?

The battle is still on, but if Enea plays his cards right he could finally get his hands on the trophy. He’s not short on grid, nor speed. But above all, the Italtrans rider has shown that he can “patch things up” in tough situations. He also stands out for his detachment and his ability to reason without getting too carried away. When he’s unable to score a podium, he is careful to manage his race without risking a crash, unlike his rivals. A characteristic that might prove useful this coming weekend.