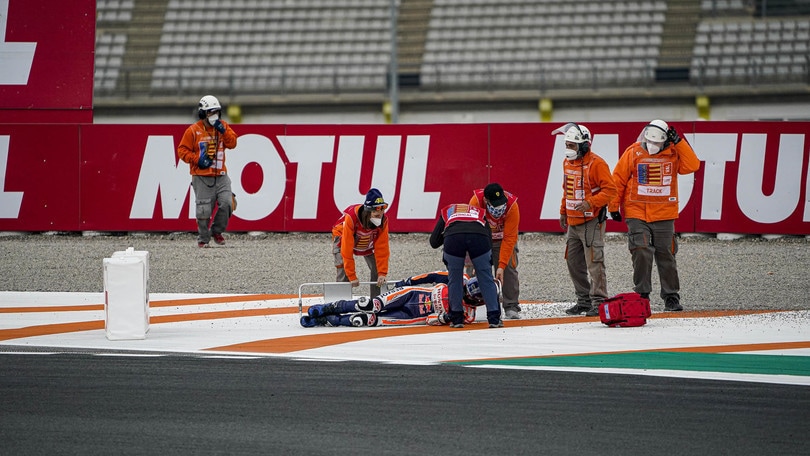 The most spectacular and at the same time worrying images to come out of the Valencia weekend were undoubtedly those depicting Alex Marquez’s crash, as he suffered a high side with his RC213V during the qualifying session of the penultimate round.

The youngest Marquez brother fell to the ground with a force of 23.6G although the impact fortunately didn’t result in physical injury, the rider able to race on Sunday despite the incident.

The Italian firm, supplier to both Marquez brothers and many other MotoGP riders, has published data relating to Alex’s high side during Q1. Marquez’s suit airbag opened two tenths after he left the bike and 710 milliseconds before he hit the ground. In other words, Alex was in the air for almost one second, 910 milliseconds to be precise, and rolled along the ground for 2.3 seconds.

The Cervera rider shared the Alpinestars data to his Twitter profile so that his followers could see the stats.