MotoGP, Rossi-Petronas: the final chapter in a long film 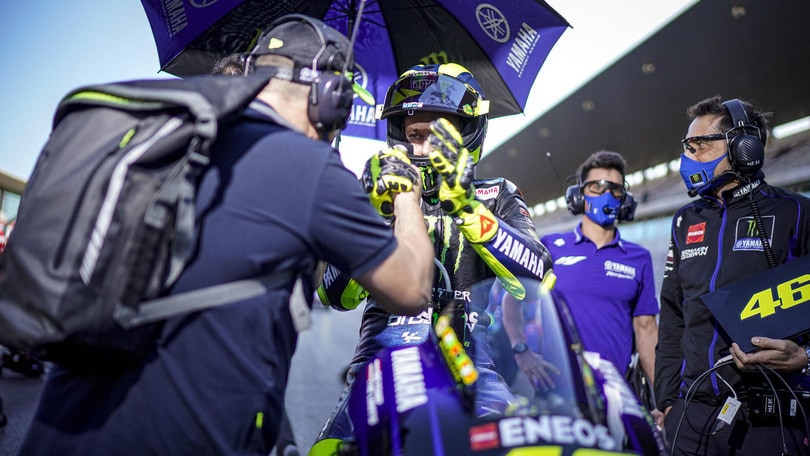 After a long adventure with the factory team, one of victories and defeats, the Doctor is ready to move to the satellite team for the final act of his career

With the Portuguese GP, the marriage between Valentino Rossi and the factory Yamaha team has come to a close, the long relationship characterised by many ups and a few downs.

The figures speak for themselves: 4 riders’ world titles, 225 races, 56 wins and 142 podiums… Incredible numbers, the result of a union – that of Rossi and the M1 – that has written an important page in world championship history.

"My story with Yamaha was split into two parts, the first and the second, like in a movie. The first part was truly unforgettable, and we were almost always winning", comments Valentino after fifteen seasons inside the same garage.

The first act saw its stars bathing in eternal glory. Lasting from 2004 to 2010, this stage saw Rossi win in his debut year with the Japanese bike, and he continued to triumph in 2005, 2008 and 2009. In between came the 2006 and 2007 seasons, won by Hayden and Stoner respectively. The end came in 2010, when the Doctor injured himself at Mugello and Jorge Lorenzo confirmed his status as the new star of the reigning class.

The return to Yamaha after the Ducati experience

Valentino decided to take a break and move to Ducati. 2011 and 2021 were tough years, after which the Tavullia rider chose to retrace his footsteps. And it was here that the second act began. Rossi returned to Yamaha and remained with the factory team from 2013 to 2020. Zero titles, to paraphrase Jose Mourinho, but so many emotions, like when he came so close to the title in 2015.

"Yamaha gave me the chance to return to the factory team after two disappointing seasons with Ducati, when I was already of a certain age. For this, I’ll always be grateful to Yamaha. It was a difficult time in my career, I was quite desperate, and without that possibility I might even have stopped", admits Rossi as he thinks back to that period.

Rossi-Petronas, an adventure still to be written

Now a new chapter is about to begin, an adventure with the Petronas team alongside his ‘student’ Franco Morbidelli. This will be like a step back in time for Rossi, who hasn’t ridden for a privateer team since his debut in the 500 class. What can we expect from Valentino in 2021? His aim is to have fun and seek better performance, both personally and technically, after a complicated 2020 in which he suffered from both Covid-19 and technical difficulties.

"The factory team has its advantages, there are more people working on the bike. But there are disadvantages too, like many things to test for Yamaha. In the satellite teams you can just focus on performance. Lately, they seem to work better than the factory teams”, states Rossi after the Portimao race.

And who knows? Perhaps the nine-time world champion will be able to achieve further success before finally writing ‘the end’ to his interminable career.