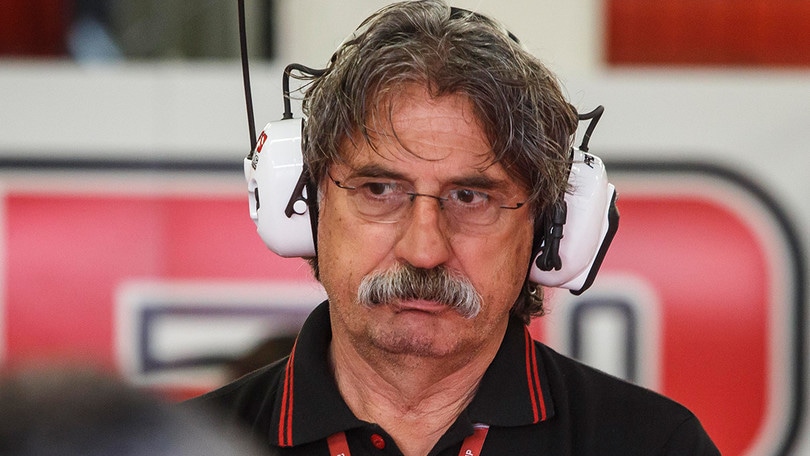 “We didn't achieve any of what we set out to do, while I would have bet on us at the start”, comments Marco's dad

As far as Paolo Simoncelli is concerned, the 2020 season was not up to scratch for team SIC58 Squadra Corse. He himself says so, relieved that “this complicated year is finally over”.

In effect, the team’s best rider, Tatsuki Suzuki, concluded twelfth, having scored one win and a third-place finish, but that was about it, not least because he sustained an injury in the final stages. And it wasn’t a positive year for Niccolò Antonelli either, nineteenth overall and having come close to the podium just once, in the Czech Republic. There were injuries for him too but, at the end of the day, the points tally for team SIC58 was pretty meagre.

“We just have to be grateful despite it all, because this huge circus that is the world championship was able to go ahead and we must thank Dorna for managing it all and seeing it through”, states Simoncelli.

“But let’s be honest, it’s been tiring in this situation: two (Covid) tests a week, travelling on certain days and taking maybe ten hours to get to Spain (because there were less flights), being stuck in the hotel in self-isolation for three days between one race and another. But also in terms of our results. All of our ambitious plans went up in smoke and we didn’t achieve any of what we set out to do, while, at first, I would have bet on us. If I think about it, it makes me angry and, psychologically, the situation has been pretty stressful.

“After an enthusiastic start, with three poles in a row for Tatsuki, that was it, then at Misano there was the fractured wrist and by the time we got to Portimao he’d had three crashes in a row (not all his fault).

“With Niccolò it went the opposite way, so he wasn’t in shape at the start but then finished the season with his best results. But it wasn’t what we expected with either rider. Our performance was not up to par”, concludes Simoncelli, hard on both himself and the team.

With morale so low, Paolo Simoncelli didn’t even want to take part in the Jerez test.

“After Portimao we should have gone to Jerez to test and get to know our new rider Fellon, but after Sunday’s race I just wanted to put an end the season, unplug and head home.

“I want to congratulate Tony Arbolino who grew with us from 2014 when he was just 1 metre tall and then debuted with us in the 2017 world championship. I’m happy for him. I always called him the ‘bike artist’, I always knew he had promise.

“Another former rider of ours, Yari Montella, will move to Moto2 in 2021, this makes me proud of the work we’re doing with these young guys”, comments Marco’s dad.

The unpredictable show that is the world championship is over for another season.

"We’re already working on next year, the 2021 calendar has just come out, provisional of course, in the hope we can get back to normal. Our old and simple normal, with the chaotic paddock, enlivened after a year of emptiness, hospitality units packed and the stands full of people and noise.

"Do we still dream? Of course! During this tough 2020, dreaming is the only thing they can’t take from us”, concludes Paolo Simoncelli.