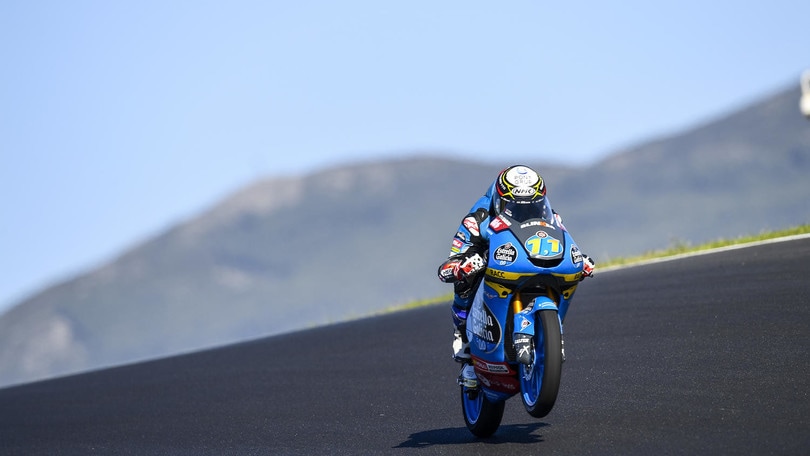 For the first time since 2012, Emilio Alzamora’s team - closely tied to the Monlau Competicion riding school - will not compete in the world championship, focusing solely on the CEV and the European Talent Cup

The 2020 Moto3 world championship season was the last for team Estrella Galicia - Monlau Competicion (the Spanish school for young talent, similar to Rossi’s Academy). In 2021 the team will not compete in Moto3 but will focus solely on the CEV and European Talent Cup.

This marks the end of a fantastic journey for Emilio Alzamora’s team that, over the years, has launched riders of the calibre of Alex Marquez, Alex Rins, Miguel Oliveira, Jorge Navarro, Enea Bastianini, and Fabio Quartararo, to name but a few.

We take a look back at the history and highlights of Monlau Competicion in Moto3.

As Moto3 replaced the 125 class, the Monlau Competicion team rushed to compete, bringing three riders whose names would soon be everyone’s lips, or rather Alex Marquez, Miguel Oliveira and Alex Rins, all riding the Suter Honda MMX3.

In a season that ended with success for Sandro Cortese, the best of the team’s riders was Alex Rins, fifth overall with one podium finish. Miguel Oliveira finished eighth with two podiums while Alex Marquez was 20th, having competed in only 11 of 17 races. Marquez ran only the second part of the season, ‘on loan’ from Fiorenzo Caponera.

2013 - the arrival of Estrella Galicia and KTM

In 2013, the team decided to move to KTM, with Alex Marquez returning to the fold following his Fiorenzo Caponera experience.

Like the year before, Alex Rins was again the team’s best rider, runner-up in the class and finishing just 12 points behind Maverick Vinales despite six wins and fourteen podiums. Alex Marquez was fourth with 213 points and scored his first world championship win, at Motegi, as well as four additional podium finishes.

2014 was the year in which team Monlau Competicion finally proved itself. It partnered with HRC to field NSF250R bikes and scored its first and only world title with Alex Marquez, who finished just two points ahead of Jack Miller, with Alex Rins concluding fourth.

The three subsequent seasons didn’t bring Alzamora’s team any titles, but the squad did launch talents including Jorge Navarro, Aron Canet, Enea Bastianini and, above all, Fabio Quartararo. At almost 16, the Frenchman entered the world stage through the front door in 2015, having won the CEV the previous year. Two podiums soon proved his talent, but he was unable to complete the season due to an ankle injury sustained at Misano. He finished tenth overall with 92 points. 2017 was Enea Bastianini’s only Moto3 season, one in which he finished sixth, with 177 points.

In 2018, Canet was joined by Alonso Lopez, with CEV rider Jeremy Alcoba competing as a wild card towards the end of the season. Aron finished sixth with four podiums, while Lopez was just 23rd. In 2019, Alzamora lined up with three riders, Lopez, Garcia and Japanese rider Yamanaka as a wild carder. It was a complicated season for the Monlau team, it’s two main riders far from the front, with Garcia finished the season 15th, Lopez 17th and Yamanaka 29th. The only high was Garcia’s win in the season finale at Valencia.

Yamanaka and Garcia raced with Monlau Competicion in its last year of Moto3 competition before turning its attention to the CEV and ETC. It was to be another tough year, with Garcia ending the season 9th, with two second-place finishes in the Valencia races, and Yamanaka 24th.  The season ended with a real blow, quite literally, when Yamanaka collided with Garcia during warm-up at Valencia in a rather tragicomic scene.