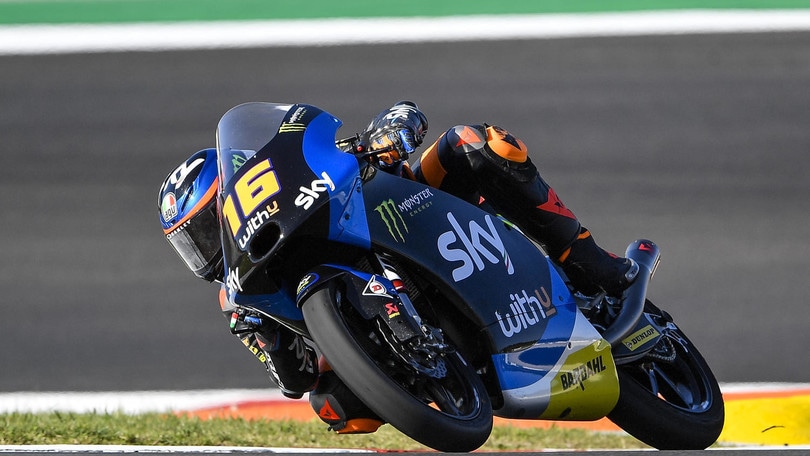 The team linked to Valentino Rossi’s Academy will not line up next season, officially due to a ‘lack of Italian talent’. We take a look back at the Sky Racing Team’s journey in Moto3

Like its Spanish ‘counterpart’ Estrella Galicia - Monlau Competicion, the Moto3 Sky Racing Team VR46, connected to the Academy, will not compete in Moto3 next season. This is both because there are no Italian riders available to compete and because the team’s closure is part of the operation (the team’s KTM bikes going to Avintia) that sees Luca Marini move to MotoGP from Moto2.

The Italian team has had a similar run to its Spanish counterpart, though with no world title, but it is responsible for launching talents such as Dalla Porta, Bagnaia, Vietti, Foggia, Bulega and solid riders like Fenati and Migno.

A couple of years after Monlau Competicion, in 2014 Sky Racing Team VR46 appeared on the scene, fruit of a partnership between Sky and Valentino Rossi’s VR46. The structure made use of high-performance KTM RC250GP bikes ridden by Romano Fenati and Pecco Bagnaia. The team’s first four wins came that very same year at the hands of Fenati, who closed the championship in fifth place, Bagnaia 16th.

In 2016 Fenati and Migno were joined by Nicolò Bulega, CEV Moto3 champion with the Junior team. It was a season of highs and lows, success and difficulties. Everything ran smoothly until before the Austrian weekend when Fenati was suspended following disagreements with the management and subsequently dropped. He was replaced by Lorenzo Dalla Porta. With the points scored early in the season, Fenati closed tenth but at the end of the year it was Bulega who was smiling, having finished seventh, with Migno 17th and Dalla Porta 30th.

Migno and Bulega continued on in 2017, riding an updated KTM RC250GP compared to that of the previous year. It was Migno who faired the best, finishing eighth also thanks to a win, his first, at Mugello. Dennis Foggia also made his debut this year, coming from CEV Moto3 to make two wild card appearances in preparation for the following season.

The official riders for the 2018 season were Nicolò Bulega and Dennis Foggia. It was a complicated year for the pair, with numerous DNFs for both Nicolò and Dennis and an injury for Bulega at Thailand. The number 8 rider was replaced by Celestino Vietti, a CEV rider, who soon made an impact, 14th in Japan but then 3rd in the following race in Australia. At the end of the year, Foggia closed in 19th position, with 55 points, while Bulega scored only 18 points, Vietti finishing ahead of him despite competing in only four races.

2019 was the year Celestino Vietti really stepped up. The Italian reached the podium on three occasions (Jerez, Catalunya and Motegi) and finished sixth overall with 135 points. Foggia was also on the podium (third) at Aragon.

In its final Moto3 season, the team confirmed Vietti and brought back Andrea Migno for a second stint. It was a difficult year for Migno, while Vietti fought for the title up until the Teruel race, which he finished fifth. Two DNFs at Valencia ruled him out of the title chase, although he was able to console himself with his first career wins (Stiria and Le Mans) and promotion to Moto2.