22 August 2012 is a date that many Ducatisti probably remember, because it’s the day Andrea Dovizioso’s move to the official Ducati MotoGP team was announced. After his experiences with Honda and Yamaha, the Italian decided to embrace the Borgo Panigale project, which aimed to put the Italian firm back on top – something that only Casey Stoner had managed to do, in 2007. And what better man for the job than Dovi?

A former 125 champion, in 2004, two-time runner-up in 250, a race winner in his second MotoGP season, and third overall in the 2011 championship, “Dovi” had everything required to do big things with the red bike. And he was from the Romagna region of Italy, not essential but definitely appreciated by the fans. It wasn’t long before he was nicknamed “DesmoDovi”, the company putting all its faith in the Italian.

In 2014, the race department benefited from the arrival of engineer Gigi Dall’Igna, who set about instigating a true technical revolution as well as real aerodynamic innovation. The following year saw the Italian rider score a total of five podiums, but it was in 2016 that his performance really stepped up, Dovizioso back on the top step of the podium after a seven year fast and establishing himself as a real title contender for the following season. 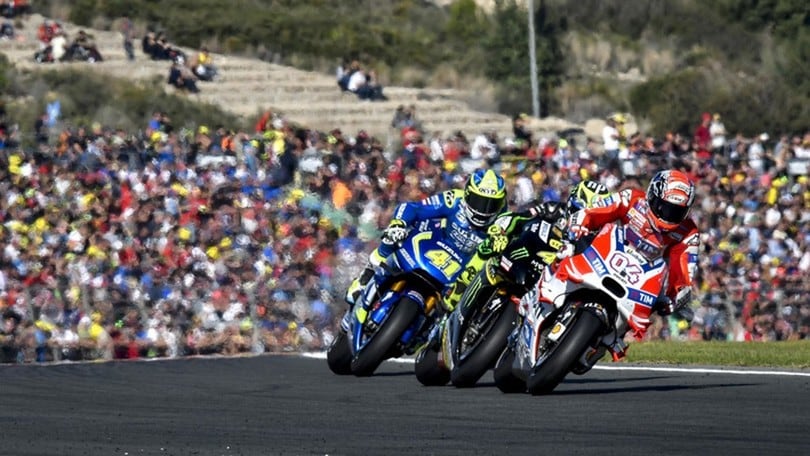 In 2017, and with a team-mate of the calibre of Jorge Lorenzo – perhaps his true motivation - “Dovi” really put on a show, often leading the championship. He won at Mugello and Barcelona, and then finished fifth at Assen to take the championship lead, before he lost out to Marc Marquez in Germany. After a sixth place at Brno, Austria was the setting for their first real duel, and at the final corner no less, a battle that was won by the Italian. A knock-back for the Spaniard, but a matter of pride for everyone in Borgo Panigale. Dovi then won in Japan, Malaysia too, and the title fight came down to the last race in Valencia, the Italian eventually having to concede to the Spaniard.

Dovi tried again in 2018, scoring four wins, two second places and two thirds. His win over Marquez in the first battle of the season at Qatar boosted morale, and he was able to do it again at Brno, from pole position, and at Misano, the first time he’d won at his home track. Second place at Aragon wasn’t enough to stop Marquez though, who already had one hand on the trophy and would secure it just two rounds later. 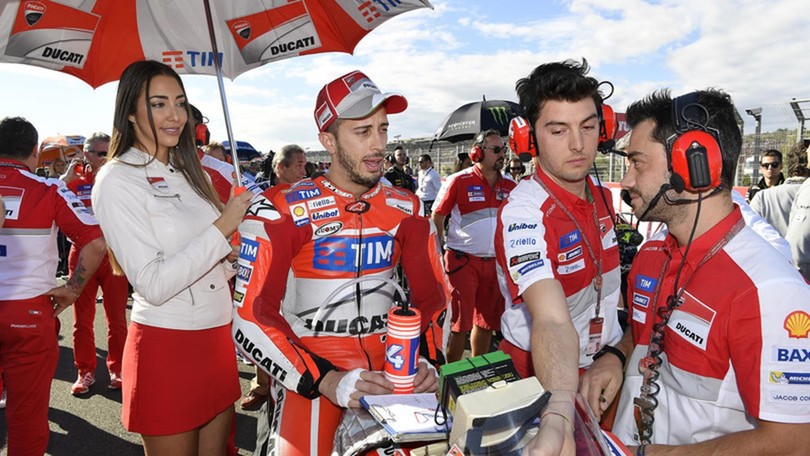 2019 also started positively, with a win in Qatar, the result seeing him tie with Max Biaggi in third place in a classification of the most successful Italian MotoGP riders. With a third place in Argentina and fourth in the USA, the situation got complicated, while champion Marc Marquez ran an impeccable season, a second-place finish his ‘worst’ race result. Dovizioso ultimately finished the season as MotoGP runner-up, for the third consecutive year.

If we look at the last three seasons, five maybe, there have been some unforgettable moments. Not least all those last-gasp duels with Marc Marquez, the man to beat, although it was often the Italian who would come out on top. Breath-taking duels, shoulder to shoulder, all the way to the line.

Starting with Austria in 2017 when, after an endless series of passes, the Desmosedici GP finally did it, its rider even adding an eloquent gesture as he told his rival exactly ‘where to go’, such was the effort involved.

A feat he would repeat two months later at Motegi, in the wet. A thrilling finale, against a rival who never gives up and whose only motto is “try, always”. Dovizioso did it again, using his precision, talent and just a touch of madness to continue the fight.

Then Qatar, in 2018, where Dovizioso scored his first win at the Doha circuit after making a pass at the final corner of the last lap. Four months later, it was Thailand, Marquez winning the battle for the first time. The following season, again in Qatar, it was the Italian who made a winning move on Marquez at the final corner of the very last lap, starting his season in the very best way before ultimately having to give in to the power of the eight-time world champion later in the season. 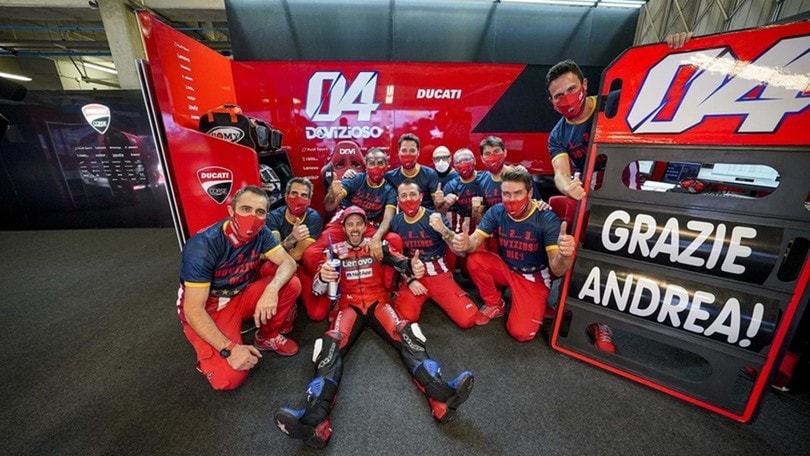 He was able to put his mark on 2020 too, with a win in Austria during a season characterised by coronavirus, by a rear tyre that complicated his riding, and by his separation from the Borgo Panigale manufacturer. A divorce that didn’t come as a surprise, knowing what went on behind the scenes, but one that the rider really pushed for, while the company wanted to take time before making a decision.

And now the rider and company part ways for good, although not before giving us moments of pure passion, some unforgettable emotions, and several pages of motorcycling history. It’s just a pity there could be no icing on the cake.

MotoGP, Rossi-Petronas: the final chapter in a long film

Moto2, Beaubier returns to Europe: will he be champion like Hayden and Kocinski?

MotoGP, Pol Espargaro: “I came to KTM as a boy, I leave a man”