The season that has recently concluded at Portimao proved to be one of Fabio Di Giannantonio’s toughest yet, the Italian finishing just fifteenth after a disappointing year. But in analysing his season, he still sees the positives, like the experience he’s gained in facing adversity. “Diggia” is now ready to go back to wearing team Gresini Racing colours, before moving to MotoGP.

“We need to looks at both my performance and the final result. The latter is bad of course, fifteenth in the championship and with less points than last year. I’m aware of that and very self-critical.

But I also think I’ve stepped up in terms of quality. The new front tyre confused things a little and we struggled to find the way as a team. I have to thank my manager Diego, my best friend Fabio and my trainer Daniele as they were always there for me. It was tough, the results didn’t come and yet I gave it my all. Thanks to them, I didn’t give up and was able to find the right feeling, becoming competitive again.

I was the only rider to reach the podium with the Speed Up, twice, and I was very fast at the end of the year. I was lacking in results because I made many mistakes, this was just because I was doing my best and wouldn’t settle for any old result. I just wanted to win, and when you want that, you take more risks”. 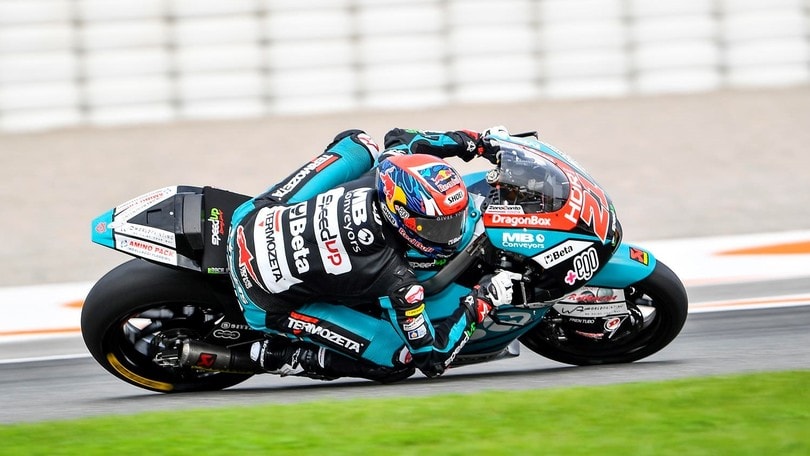 How have your two years been with Speed Up?

“They’ve been great from a human standpoint, it’s a family team and I got on great with everyone. We had a lot of laughs. I think it was good from a sporting standpoint too, as in the first year I was the best rookie. This was perhaps the most important year in terms of my personal growth as a rider”.

“Different, in that he’s more aware of his potential. He’s also calm because he’s clear about the future. With Fausto I’m back with the team I started with, ready to do well”.

Moto2, Sam Lowes: “I want MotoGP, but not with Aprilia”

What do you expect from the Kalex?

“I never stop asking questions, I’m so curious to ride it. It’s a shame I got injured at Portimao and couldn’t test it. I wanted to start the winter with an idea of how the Kalex is. I’ve been to Fausto’s base and it seems like a great bike”.

You’re heading back to Fausto Gresini’s team, what are your plans?

“We’ve put together a good work plan. We chose the team members together and I’m very proud of that. It’s the first time I’ve done that and makes me feel more a part of the team. I can’t wait to work with the guys. We’re now preparing a bike I can use to train and ride with the team, then I’ll train with the kart and we’ll go to the wind tunnel”. 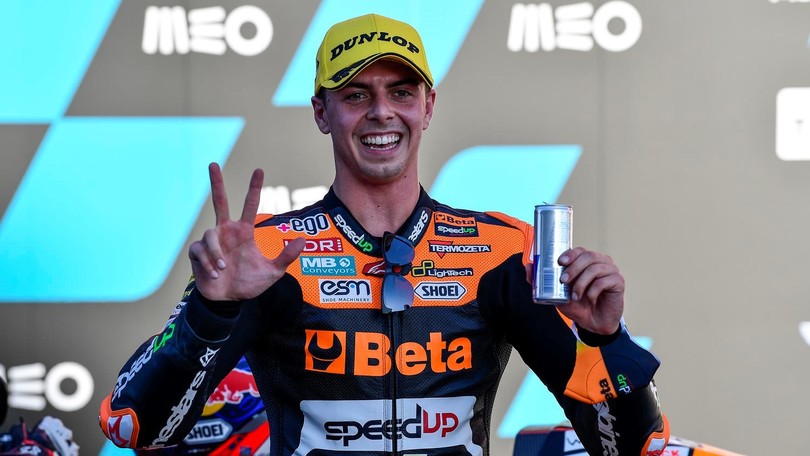 How will you spend the winter?

What are your expectations for next season?

“The realistic goal is to put everything together to be the most complete rider possible”.

“We’ve been butting heads since we were small, for obvious reasons. We’ve always been rivals. We’ll have to collaborate but that’s fine. We need to do right by ourselves but also by the team. We need to start behaving”. 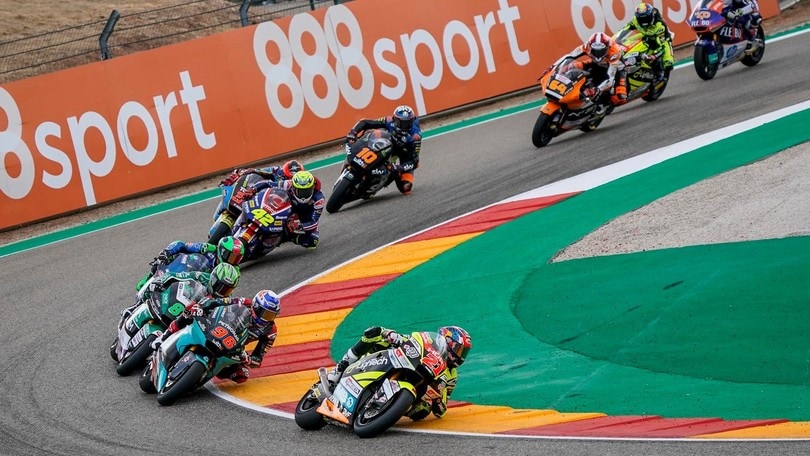 “I start this year already knowing what will happen the following year. And that means I’m relaxed and can focus 100% on 2021. A free mind and full throttle”.

Who are your main rivals?

“In Moto2 we’re all so competitive and close. There are experienced riders up front, but also some surprises. I think Bezzecchi, Lowes, Gardner, Ramirez and Navarro will be up there. There’ll be quite a few of us out to do well”.

Casey Stoner and his love for the TM and flat track

Sam Lowes: “I want MotoGP, but not with Aprilia”

MotoGP, Tardozzi: “There's a lot to reflect on for the future”