Rather than the Rossi-Biaggi rivalry, from 2003 to mid-2005 MotoGP was all about the competition between the Doctor and Sete Gibernau, two episodes in particular standing out in history, or rather Losail 2004 and Jerez 2005.

While Losail 2004 damaged relations between the Gresini riders, who had been cordial up until that point, it was Jerez and that famous last gasp tussle that really put a wall between the pair, who didn’t speak again after that day.

But first things first, let’s look at what happened at the race sixteen years ago. 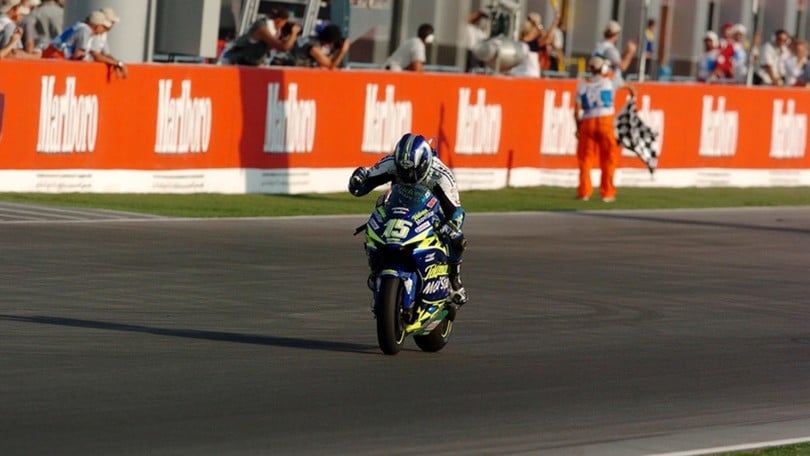 In 2004, MotoGP took to the Losail track for the first time, racing during the day. What set things off was Valentino’s grid spot. The Doctor finished qualifying in eighth place and after the session, his crew, perhaps unbeknowst to the Italian rider, went out on track to ‘lay rubber down’ in his starting spot, ahead of the next day’s race.

Somebody talked and in the end both Rossi and Biaggi (who appeared to have done the same thing as Vale) had to start from the back of the grid, in 23rd and 24th. Pole position went to the other Yamaha, Checa, while Sete qualified on the front row.

Gibernau won the race on Sunday while Rossi crashed out after just five laps, also injuring the little finger on his right hand.

It all finished “there” with Valentino’s usual lightheartedness after the race and gags with his fan club involving a broom and bucket to ‘clean the track’ and a shirt with the words “la rapida”. 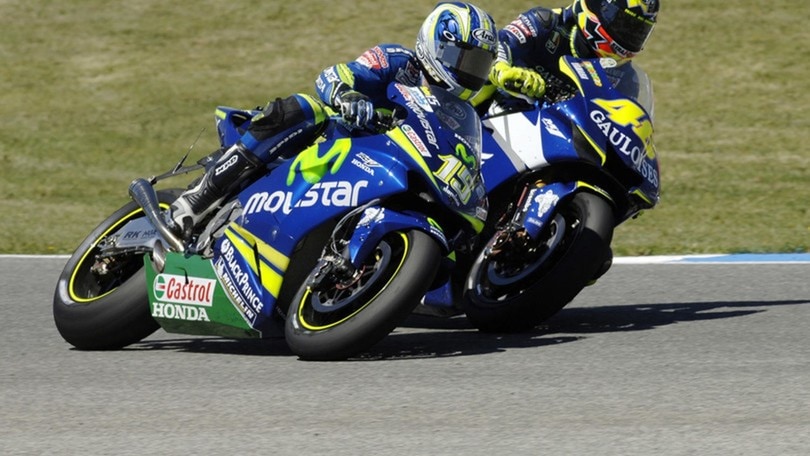 In 2005 the title fight between Valentino Rossi, factory Yamaha rider, and Sete Gibernau, factory Honda rider with team Gresini, was relaunched. Jerez was the first race of the season. Valentino and Sete battled it out from start to finish, trying to get the better of each other through every turn.

It all came down to the final lap. Rossa went long at turn 6, Dry Sac, and Gibernau moved back into the lead. Valentino didn't give in and remained glued to the Spaniard until the final turn, or ‘last chance’ corner.

Gibernau closed the door but left a tiny hole which Rossi, coming off the brakes, was able to find a way into. The pair connected and it was the Spaniard who came off worse, ending up in the gravel outside the last turn. He was able to stay on the bike though and crossed the line second. In parc fermé he refused to speak to Valentino, holding the arm that had been involved in the contact. 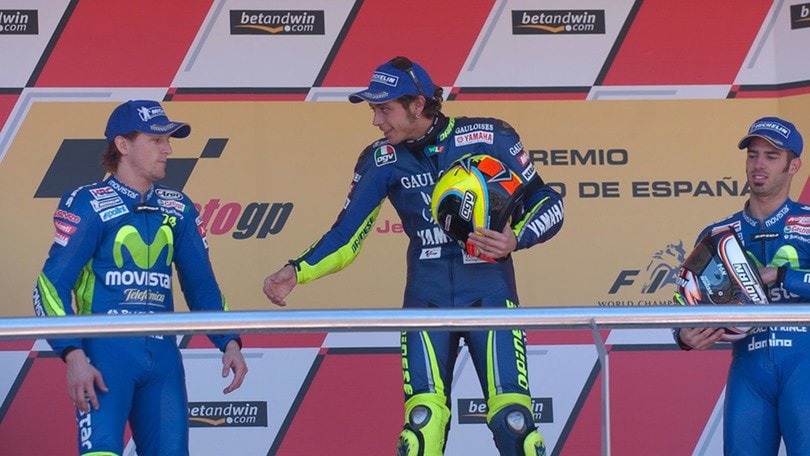 MotoGP, Razali: “Morbidelli can fight for the title in 2021”

MotoGP, Gresini 2022: with which manufacturer will it form the perfect marriage?

Moto2, Di Giannantonio: “I'm counting the days until I'm with my Kalex”