In recent days, the Gresini Racing team has announced its return to MotoGP as an independent outfit as of 2022, when its journey with Aprilia will come to an end. Former rider Fausto Gresini has signed a five-year contract with IRTA and Dorna and is now ready to tackle the ambitious, but exciting challenge, that awaits him.

How did this new project come about?

"Aprilia has chosen to go its own way and create a full factory team. We have signed an agreement with IRTA and Dorna until 2026. This is an important, strategic move for us, as we’ll be present in every category. We can’t wait to get stuck into this new challenge".

On a personal level, what does this mean to you?

"Great emotions and great motivation. We are keen to show what we can do. Gresini Racing has always been an important team over the years, we’ve won 14 races and finished as MotoGP runners-up on three occasions. The aim is to carry on, having fun and allowing our fans to dream. Essentially, we are our own biggest fans, in that we love what we do. The MotoGP gives me so much energy, I just love it and want to get out there". 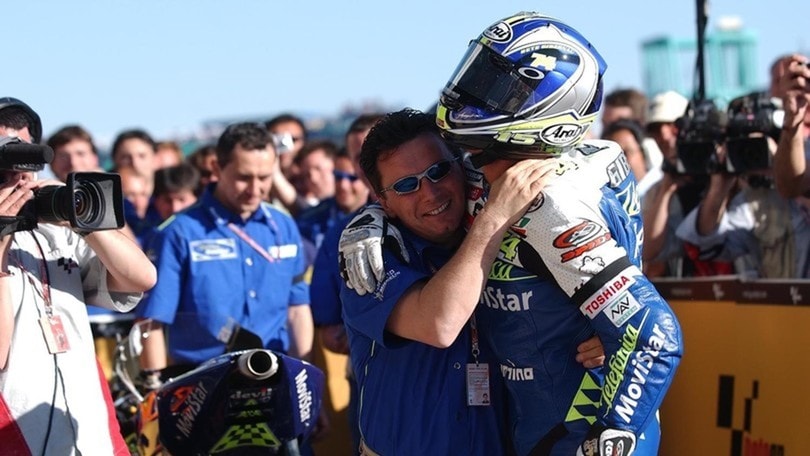 What’s your best memory as an independent team in MotoGP?

"I have so many, but unfortunately many bad ones too. The best was the first GP won by Sete Gibernau following Dajiro Kato’s death, in South Africa, the race immediately following the tragedy. You can imagine the emotion, and anger too. From there we scored many good results, bringing Gibernau to the runners-up spot. We brought Marco Melandri to Honda, and he too won many races and finished second in the championship".

Continuing along this path, what’s your destination?

"I’ve never set myself limits. I’m a grown man but I still have secret dreams and I like continuing to dream, doing what I believe in and what I enjoy. I’ll continue for as long as I have this kind of enthusiasm. Pushing yourself forward is never wrong. I’d really like to be able to fight for the title again, independent teams have been doing that lately, so why not?".

You’re present across all four championship classes, what does this mean to you?

"It’s my life. It’s the reason I get out of bed each day. I never get tired, I’m always determined and want to prove myself and set goals. And we’re a work group, more than 70 people, it’s great as well as being a big responsibility. I feel this too, and at times like these even more so".

"We’ve laid the foundations, it’s an even bigger responsibility but I have a little of that in my DNA. I like challenges and I’m ready. We'll now race with Aprilia for another year and I hope they take another step forward to finally bring this bike to a well-deserved podium. I’d like it to happen with the Gresini Racing brand". 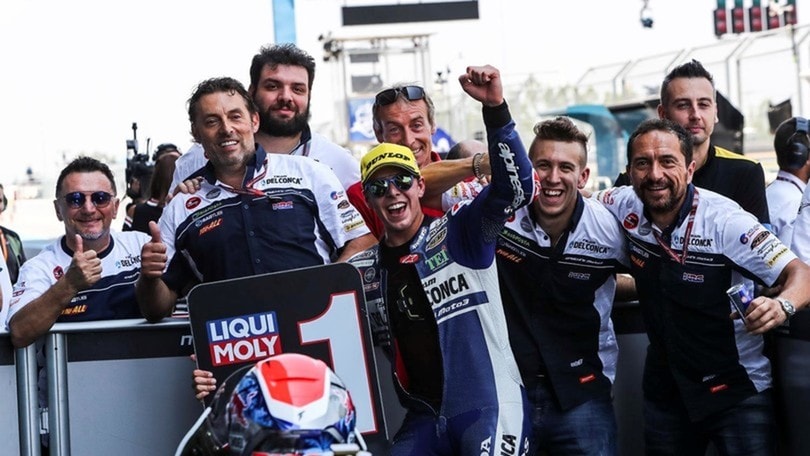 For now, the only certainty regarding the new project is rider Fabio Di Giannantonio.

"Yes, we’ve already decided to bring him to the top class. Fabio debuted with us in the world championship, we were runners-up in Moto3, then he left us in Moto2 and now we find ourselves here and will bring him to MotoGP. This is our goal: having a chain and being able to support a rider from the start all the way to the reigning class. This is a secret dream that is gradually being fulfilled".

MotoGP: the exhaust from Marc Marquez's Honda is up for sale

MotoGP, mum Antonella: this is my Enea Bastianini