While enjoying the winter break – with snow even falling in Texas - Garrett Gerloff has found time to visit family and close friends. And among his nearest and dearest is a fellow countryman who did rather well in SBK and MotoGP.

Ben Spies, ladies and gentlemen, or rather the last American to win a production-derived title and the last to score a MotoGP race win. In the cover photo, you can see the GRT rider aboard the Yamaha R1 with which the Texas Terror won in 2009, his debut season in Europe, before moving to the reigning class, where he scored a race win at Assen and clocked up six podiums.

Before coming to the Old Continent, the number 31 rider was helped by various colleagues, including Spies, who Garrett thanks publicly, once again: “I got the chance to sit on a different R1 - he says – thanks for letting me and for all the support you give me". 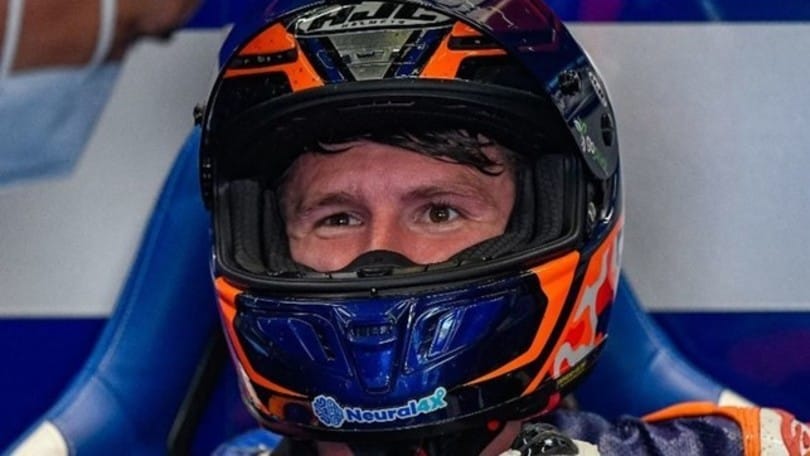 This will be Gerloff’s second season in SBK – a complete one we hope – having debuted in 2020 in tricky conditions. As well as having to learn everything, Garrett had to deal with a lack of testing. But he’s determined, and so he soon got to grips with the tracks, bike, tyres, rivals and atmosphere.

He played a starring role in races and scored podium finishes. No win yet, but rest assured that the 25-year old will be trying again this season. In fact, although he remains fairly laid back when he speaks, we’re sure he’s gunning for the title. And if he were to win, he’d be repeating Spies’ feat: a Texan on top of the production-derived world. An American SBK champion.

Who doesn’t want to be part of the MotoGP circus? Garrett got a taste of Valentino Rossi’s M1 in his brief appearance at Valencia. Despite not having ridden at the Ricardo Tormo track before, and with no experience of the Michelin tyres and other technical details, Gerloff did well aboard the nine-time champ’s bike.

Spies also moved to the top class with Yamaha, but he had previously ridden the Suzuki. The SBK championship he won with Yamaha was the key to opening the door to MotoGP, a championship in which Ben was unable to repeat his previous feats but he nevertheless fared well. He struggled only with the Ducati, but this was also due to an injury that would ultimately put an end to his career.

GG#31 dreams of a similar path, injury aside of course. This 2021 season will be an important one for him, as he’s fighting for significant results in SBK and a place in MotoGP. If there are any places, that is. There’s no telling but, as we saw in Valencia, unexpected opportunities can appear from time to time.

MotoGP, Chicho Lorenzo: “Brivio will be successful in Formula 1 too”

MotoGP, Schwantz: “Brivio's position is not an easy one to inherit”

MotoGP: (only) one title for Ducati in 18 years, how come?

MotoGP, Marquez and his ordeal: Marc could take action against his medical team