Exclusive, Capirossi: “Simoncelli’s birthday today, he had so much heart...” 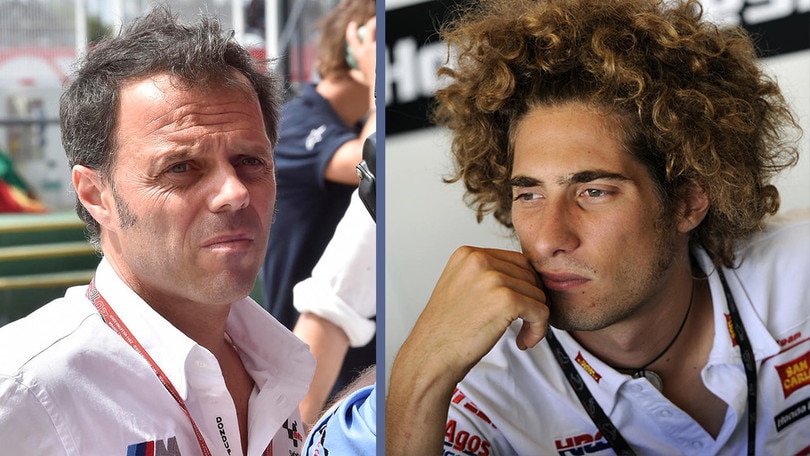 “Marco was very similar to me and I miss him so much. Every time I go to Sepang I always go to the site of the accident”, says Capirossi, who competed in his last race in 2011 with number 58, in tribute to SIC

There was a 14-year age gap between Loris Capirossi and Marco Simoncelli, but when people share a passion like motorcycle, a generational difference doesn’t stand in the way of friendship.

And the pair were great friends. So much so that when he ran his last race, in 2011 at Valencia, just one week after SIC’s accident at Sepang, Loris Capirossi wanted to honour his friend’s memory by racing with his number.

Today, on 20 January, Marco Simoncelli would have celebrated his 34th birthday. Instead, 23 October will mark ten years since that tragic accident that snatched him from his loved ones.

We asked Loris Capirossi for a memory of SIC.

“I really miss Marco, he was very similar to me”, says Loris. “He had so much heart and was a guy who never held back. His career would surely have only got better and better. I’m so sorry because, above all, I’ve lost a friend.

"I’ve suffered over the years. Even now, going to Sepang is always sad and I never fail to visit the site of his accident. I still have such strong feelings about him”, says Capirossi.

“We always had a great relationship, right from when he was in 125. He was cool, a unique personality, a beanpole even when he was little. Then he moved to 250, where he became world champion, and when he decided to move to MotoGP, our bond only got stronger, because I helped him a lot. Every time he headed out on track, if I were there we’d agree that I’d head out to and give him a tow, show him the line… We had a close bond”, concludes Capirossi.