“Back then, us Italians were the strongest! You remember guys?” It is with these words that six-time world champion Max Biaggi begins on his social media pages, sharing a photo of the starting grid, where he lines up on the front row alongside Loris Capirossi.

And the man starting the race is a well-known race director, the unforgettable Paolo Fantini.

“Vallelunga 1990. My first time riding the GP 125 cc. My friend Loris Capirossi is next to me on the grid. I finished third that day, our friend Doriano Romboni finished second, and Fausto Gresini won the race – and the championship. And now, more than ever, I say stay strong Fausto!” Biaggi addresses his friend Gresini, who continues to battle coronavirus.

The news of the day 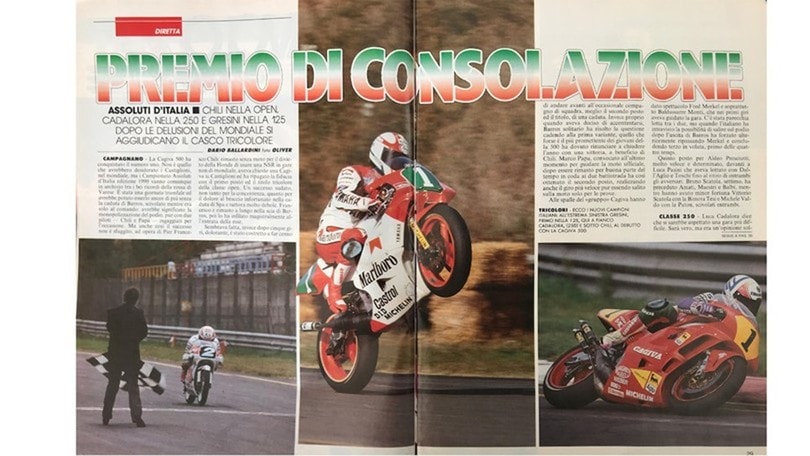 The race took place on 14 October 1990 and Max Biaggi had just been crowned Italian champion in the 125 Sport Production class. On the 125 grid, Gresini, Romboni and Biaggi lined up in front of Gramigni, Ancona, Giannecchini, Pennacchioli, Omarini, Narduzzi and Arduini.

“For Fausto Gresini, victory had become like the white whale for Captain Ahab”, wrote Motosprint at the time. “It's taken him three years to hunt it down again. And he had to work for it, because the Team Pileri rider was up against some stiff competition around the Italian track, up against team-mate Capirossi, Vitali, Romboni and, in the first half of the race, Gramigni and a surprising Massimiliano Biaggi, the nineteen-year old Italian under-21 Sport Production champion, debuting in the world championship with the Honda of Team Del Rio-Matteoni”.

Capirossi crashed at the Tornantino. Vitali, right behind him, was caught up in the accident and "on edge and very angry, he lashed out as he rejoined the race by kicking Capirossi’s bike. An action he immediately regretted and apologised for”, reported Motosprint, Dario Ballardini its on-site correspondent for the race. 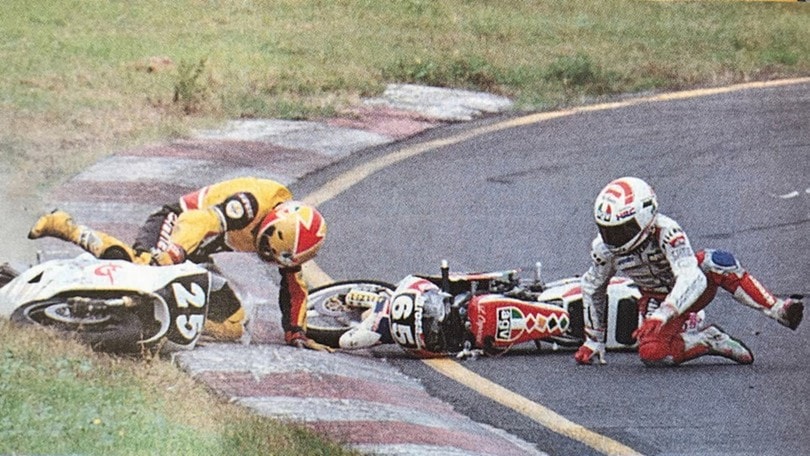 “The real surprise was Biaggi: third in practice and then third in the race. He had a competitive bike and seized the opportunity without overdoing it, waiting patiently behind the leaders before closing in on Gramigni in the final stages”, read Motosprint at the time.

“It was disaster for the other Team Italia riders, with Paolucci crashing early on, only to be followed by Debbia, Sannone and Fiorillo, who was part of the leading group. Marco Cipriani went on to suffer the same fate…”

“I haven’t won a race since ’87, the year I won the title”, Fausto Gresini told Motosprint after the win, which also assured him of the Italian title. “I didn’t remember how good it feels, or how to do it. It’s only the Italian championship but it’s like winning a GP race, I really needed this… I wanted to prove… that I’ve still got it”, finished Gresini, to whom Motosprint extends its very best wishes for a speedy recovery.

MotoGP, Morbidelli: “Riding at the Ranch is like dancing, Rossi the quickest”

MotoE: Xavier Siméon and Niccolò Canepa to sit out the 2021 season

MotoGP: first laps for the 2021 Honda at Jerez