Whatever happened to: Karel Abraham 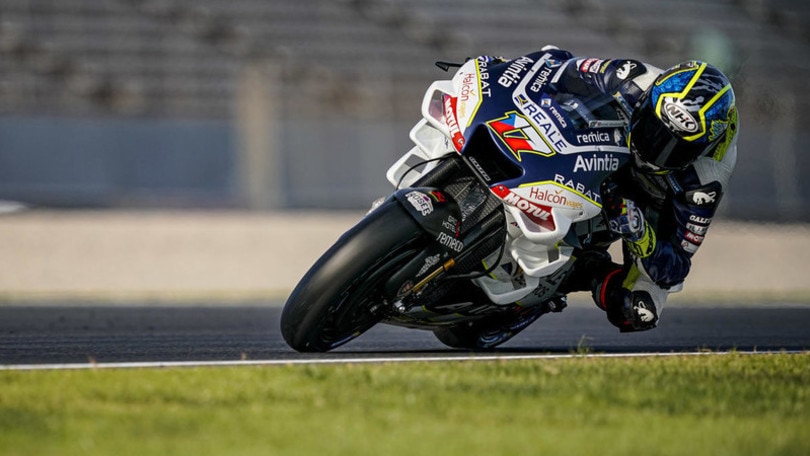 We launch a new column that looks at those riders who have “vanished” from the world championship paddock. We start with Czech rider Karel Abraham, who departed MotoGP at the end of 2019

Whatever happened to them? It’s a question we often hear regarding riders who disappear after years of world championship racing across the various classes. The first name that comes to mind is that of Karel Abraham, “cut” by Avintia at the end of 2019 to make room for Zarco.

Karel Abraham was born in Brno on 2 January 1990. Unlike his colleagues, from 1996 to 2001 he practiced alpine skiing. He then changed direction when he was about 12 and starting riding bikes, taking part in the Junior B 125 category of the national Czech and European minibike championships in 2002-2003 and finishing third in 2003. In 2004 he competed in the Czech, German and European minibike championships.

In 2005-2006 he raced in 125 with Aprilia, first with team Semprucci Cardion Blauer and, in 2006, with a team founded by his father, Cardion AB Motoracing. He scored just eight points over the two years, all of which in just two races in 2006, in Japan and Portugal. In 2007 he moved to 250, still in the “comfort zone” of his family’s team. He achieved 145 points between 2007 and 2009, with ten top-ten finishes over his three years in the Middle Class. His best season came in 2010, the year that Moto2 replaced the 250 class. He finished tenth overall with 96 points and scored his first podium in Japan as well as his first and only win at Valencia.

2011 saw him make his MotoGP debut aboard the Ducati Desmosedici of family team Cardion AB Motoracing. Of his eight seasons in the Top Class, his best performances came in 2011 and 2012, when he finished 14th overall with 64 and 59 points respectively. With the ART he scored just five points in 2013, then 33 points in 2014 aboard the Honda and zero in 2015, again with the Honda.

In 2016 he moved to Superbike with the Milwaukee BMW team and team-mate Josh Brookes. He finished 18th overall with 33 points. Returning to MotoGP in 2017 with the team Aspar Ducati, he scored 32 points, a seventh-place finish in Holland his best result. He remained with team Aspar (Angel Nieto) in 2018 but results proved disappointing, the rider closing 23rd overall with just 12 points and an eleventh-place finish in Australia his best result.

He moved to Avintia in 2019 alongside Tito Rabat but scored just nine points over the 19-race season and was ‘cut’ at the end of the season to make room for Johann Zarco.

So what does the former rider do today? We asked him directly and talked about both the 2020 MotoGP and SBK seasons.

Karel, first of all, how are you and what are you up to now?

“Health wise, I’m good. But I miss the racing. This is the first year that I haven’t been on track after a lifetime of riding. Unfortunately, Covid has drastically changed everyone's plans and, though luckily I haven’t caught it, it’s been hard for everyone with the country in lockdown”.

“I’m not the right person to ask about the politics behind the Brno MotoGP round but I know a little. As a rider or former rider it’s a terrible shame that MotoGP doesn’t come to Brno anymore because everyone loves the track and we were pleased to hold the event here. Brno is also the longest track on the calendar along with Assen. It’s bad news, I’m disappointed and sad that the Brno race is no more but the government and Dorna were unable to reach an agreement or if there was one, it didn’t work out”.

Did you watch the MotoGP this last year?

“Sure, I saw all the races, or most of them, and commented on five or six of them for Czech TV. It was a great season and I enjoyed watching”.

What do you think of Joan Mir’s title?

“Joan Mir works with my former crew chief from my Aspar days, and both of them deserved the title this year. I know Joan personally, I like him and he’s a great guy. I was supporting him this year and he deserved the title, especially for the second part of the season in which he was perfect. I’m really happy for him. I have to admit that at the start of the season I didn’t have him down as a possible contender, he surprised me in a positive way and I hope he can continue in the same vein in 2021 and fight for the title again”.