Whatever happened to: Alex Barros 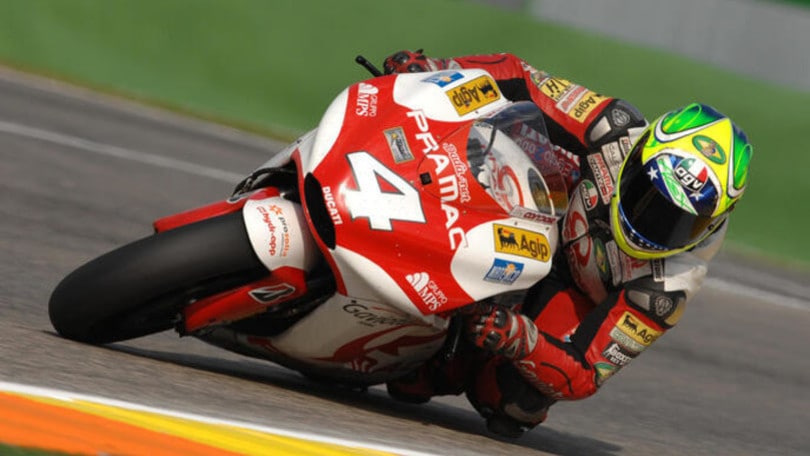 Our journey to unearth ‘forgotten’ world championship riders continues with Brazilian Alex Barros, a star of both 500 and MotoGP and who also competed in World Superbike

The second feature in our “whatever happened to...” series is dedicated to Brazilian Alex Barros, now the owner of a team in SuperBike Brasil but with a glorious past in the world championship and a brief foray into Superbike in 2006, with the green-gold CBR1000R of team Klaffi.

Alexandre “Alex” Barros was born in San Paolo on 18 October 1970. He arrived in the world championship at the age of 15, debuting on 4 May 1986 in the 80 class, where he rode an Autisa. 1986 proved rather complicated for the Brazilian who scored just six points, thanks to an eighth-place finish in the UK and the same result in San Marino. In 1987 he moved to an Arbizu/Casal bike but the level remained more or less the same, eight points with a seventh place finish at Misano his best result.

Barros then bypassed the 125 class to move directly up to 250 in 1988. He ran just one race, at home in Brazil, but scored no points. In 1989 he was hired by team Venemotos to ride a Yamaha. He finished 18th overall with 30 points, a ninth place in Sweden his best race result.

In 1990, Cagiva brought him to the 500 class alongside Randy Mamola and Ron Haslam. Thanks to Carlo Pernat, he signed with the italian team in late ’89. He closed the 1990 championship in 12th place with 57 points and a fifth-place finish as his best result (at Spa). The ’91 season was a strange one for Barros. He finished 13th with 46 points but only took part in six races, finishing fourth at Mugello. During the 1992 season, his final year aboard the Italian bike, he again closed 13th, with just 29 points but the satisfaction of having scored the first podium of his career, at Assen.

At the end of 1992 he was hired by Suzuki to flank a certain Kevin Schwantz. He would remain with the Hamamatsu manufacturer for two seasons, achieving his first race win at Jarama in 1993, the final round of the season at which Schwantz was crowned world champion. In 1994 he regularly finished inside the points zone, except at Donington. Overall, he scored 259 points and three podiums in his time at Suzuki.

1995 marked the start of a long love story with Honda, which was interrupted only in 2003 (Yamaha) and 2007 (Ducati). In 1995 he signed for team Kanemoto and closed seventh with 104 points, while in ‘96 it was Pileri that hired him. The Brazilian finished fourth, his best ever overall result, with 158 points and three podiums, namely two second places in Malaysia and Indonesia and third place at Assen.

From 1997 to 1998 he worked with Fausto Gresini, first with the NSR V2 and then with the V4: three podiums over two years and another 239 points.

From 1999 to 2002 and again in 2005, he raced for Sito Pons’ team. In 1999 he finished ninth with 110 points and a second-place finish at Imola. The following season, the penultimate year for the 500s, he again finished fourth in the championship, scoring two wins along the way (Assen and Sachsenring) and three podiums overall. With a win at Assen, Barros returned to winning ways seven years after his first Jarama win in ‘93. 2001 brought another fourth place finish in the standings, the Brazilian scoring 182 points, a win at Mugello and four podiums in all.

A new world championship era began in 2002 with the arrival of the powerful four-strokes in a season that also incorporated 500 two-strokes. Up until Brno, Barros was riding the old NSR500 that was able to compete against the four-strokes at certain tracks. He scored two podiums with the two-stroke, at Assen and Donington, and then rode the four-stroke from Brno onwards, winning at Motegi and Valencia and also reaching the podium in Malaysia and Australia. It would be another fourth-place finish overall, thanks to a final tally of 204 points.

Barros bid farewell to team Pons and Honda in 2003 and moved to the factory Yamaha team. That season he scored just one podium, in France, rounding out the year in ninth place with 101 points in all.

He returned to Honda in 2004, joining team Repsol alongside Hayden to replace the outgoing Rossi. Alex closed fourth overall (his fifth such finish during his career) with 165 points and four podiums.

2005 saw him rejoin team Pons alongside Troy Bayliss. He achieved one final race win, at Portugal, and also reached the podium at a wet Donington. The Brazilian finished eighth overall with 147 points.

His Superbike foray, the return to MotoGP and retirement

At the end of 2005, Barros accepted an offer from team Klaffi Honda to move over to Superbike for 2006. He lined up at Qatar with a special green-gold livery for his CBR1000R. he didn’t do at all badly in the production-derived series, finishing sixth with 246 points (the highest points the Brazilian had ever scored), a race 1 win at Imola, and a further five podiums.

But he soon returned to MotoGP, and Ducati. 2007 saw him join team Pramac D’Antin aboard a Desmosedici GP7. There were ups and downs, but the real highlight was a Mugello podium behind Rossi and Pedrosa. He rounded out the championship and his career in tenth place with 115 points. At the end of this season he announced his retirement from racing at the age of 37.

A return to racing in Brazil and a second retirement

In 2016, nine years after his last race (2007 Valencia MotoGP), he put his suit and helmet back on and returned to racing at the ‘tender’ age of 46.  He founded his own team, Alex Barros Racing, and competed in SuperBike Brasil, battling it out against much younger riders and scoring some good results to finish second in 2018 and third in 2019.

At the end of 2019 he announced his second retirement when the Brazilian Federation failed to accept his team’s appeal regarding that of Eric Granado.

Alex Barros also made a one-off appearance in the legendary Suzuka 8 Hours. It was 1999 and the Brazilian, paired with Japanese rider Tadayuki Okada, hit the target, winning the world’s most prestigious Endurance race.

At 50 years of age, the Brazilian still has racing in his blood. He manages his own team, Alex Barros Racing, in SuperBike Brasil using BMW S1000RR bikes thanks to an ongoing collaboration with BMW Motorrad since he stopped racing at 46.

As well as running a team, Barros has opened an Academy to find the next "Alex Barros" destined for the world championship. His hopes are currently pinned on Diego Moreira who competes in the CEV Moto3 with Honda Monlau has trained with the Marquez brothers.

Whatever happened to: Karel Abraham