Hayden the legend: Nicky inducted into the Motorsports Hall of Fame 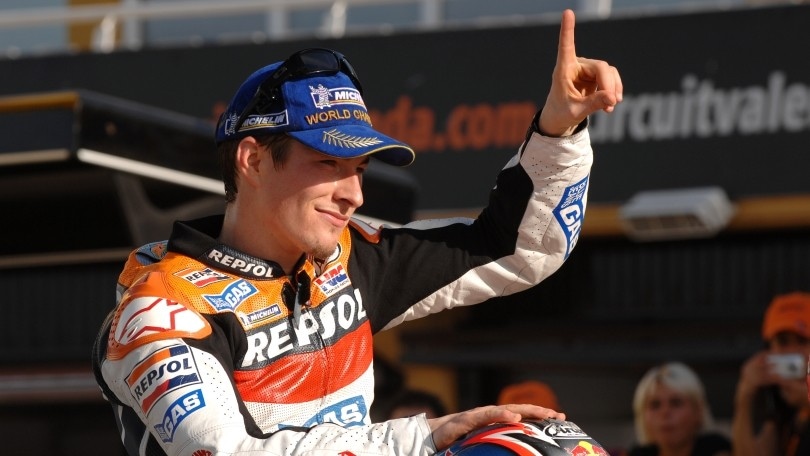 The Kentucky Kid has been added to the most prestigious list in American motorsport, becoming a national and international symbol for his sport

Nicky Hayden, or rather one of the best loved riders of all time. Gone before his time and never forgotten, the Kentucky Kid continues to receive awards that go beyond his sporting career. And now the 2006 MotoGP world champion has been added to another special list reserved for stars of the American motorsport world.

The Motorsports Hall of Fame of America. Or rather the ultimate recognition for a professional rider. His world title, victories, character, and way of acting all contributed to making him a true legend, particularly from a human standpoint.

One title, only one, but what a title. Because he won it by beating the likes of Valentino Rossi, Loris Capirossi, Marco Melandri, Dani Pedrosa and many other MotoGP aces. Nicky remains the last American to have taken the reigning class title home to the United States.

Success didn’t change him. Hayden remained the same laid-back and polite guy he was back in 2002, when he took part in the Laguna Seca SBK round as a wildcard entry. Honest, respectful, serious. Fast. The Kentucky Kid would attract respect and admiration wherever he went.

He was always accompanied by his dad Earl, whose other sons, Tommy and Roger Lee, were also competing in various professional championships. But Nicky was Nicky, the most talented in a family of racers who continue to set an example. And Nicky was the ultimate example. At times we cannot believe it. His smile was incredible.

MotoGP, Melandri: “That's how my ankle looked at Laguna Seca in 2007”