MotoGP, Morbidelli: “I’d like the same bike as the other Yamaha riders” 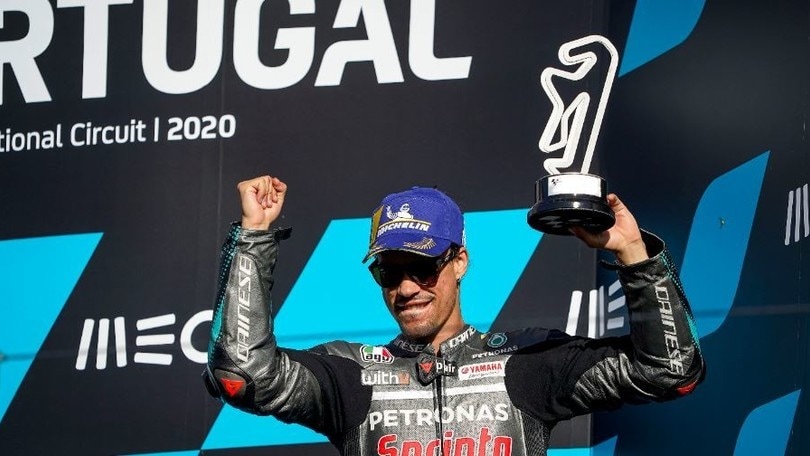 Franco is the world championship runner-up and yet his M1 is not official: “But I know I can win the title. Rossi? I can learn more from Valentino than he can from me”.

Let’s not forget that Franco Morbidelli finished second in the 2020 MotoGP. Which means the Italo-Brazilian is the world championship runner-up, thanks also to three race wins and two further podiums. Not bad, not bad at all in fact for a ‘satellite’, or rather, non-factory rider.

In a recent interview for the MotoGP site, the Petronas team rider commented: "I expected to improve and score better results than I did in 2019 - he admits - but I didn’t think I’d achieve what I did. I was pretty much fighting for the title until the end. Who could have imagined?”

And yet, Morbido finished just a short distance (thirteen points to be exact) behind the GSX-RR of Joan Mir: "I felt a little frustrated at the end, because I came so close to the title without actually winning it. But I’m pleased with how we did. Yes, I’d say that the team and I improved all round, me in terms of my professionalism, physical preparation and dedication to achieving maximum performance in MotoGP".

His 2020 M1 was a satellite bike and the same will apply this year. So says the man himself: "I stayed both calm and focused, and finished 2020 knowing that I’d have the same Yamaha M1 in 2021 as last year. Who knows, perhaps something will chagce. I don’t know, but I’d like the same technical specifications that the other three Yamaha riders have. I don’t know what to say about the updated elements anyway. Honestly".

One sure thing is his new team-mate. Fabio Quartararo has left SRT to move over to the factory team, swapping places with Valentino Rossi: "I can learn from Valentino - adds Franco – spending time with him is always constructive and instructive. You don’t realise what you can learn from him until you learn it. Vale teaches by setting an example, not by talking. I have no idea if I can teach him anything. We’re talking about a very experienced rider who has definitely given me more than I have given him”.

"Suzuki has left its mark on MotoGP, but I know I can win the title"

Joan Mir has given the Hamamatsu manufacturer a title that it hadn’t won for twenty years, since Kenny Roberts Junior in the 500 class. Morbidelli explains just how well team Ecstar has done: "Suzuki has left its mark and its riders will be difficult to beat. I shouldn’t forget that I’m a ‘satellite’ rider. So I’ll be facing the season in a methodical way, taking it one day at a time and one race at a time. Then we’ll see how we’ve done at the end”.

And what is the runner up’s goal? Well, it’s this: "I want to start with the awareness that I can win the title, seeing as I was able to come really close to doing so last year. MotoGP is a like a jungle and us riders are the animals. The battle between us is brutal”.