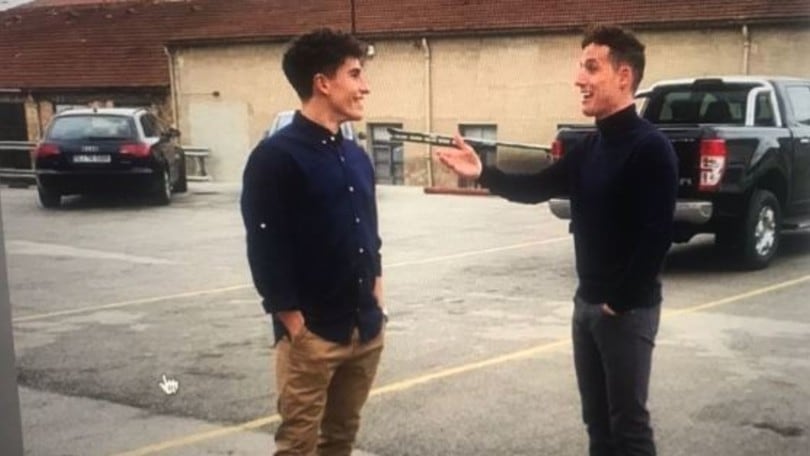 Marc and Pol will share the Repsol Honda HRC garage, forming a new pairing that could well be prove to be the one to beat. What might the two Catalonians be saying?

Marc Marquez and Pol Espargaró, or rather the new MotoGP factory Honda pairing. The two Catalonian riders, long-time rivals, will now be ‘obliged’ to get along, at least in the garage and the paddock, while on the track it will be a different story of course.

Although the 2021 season is not yet underway, numbers 93 and 44 have already made their first appearance together, as the cover photo clearly shows. Both with a smile, Marc has his hands in his pockets and shown no signs of his 2020 arm injury, while Pol extends his arm towards the eight-time champion.

It’s almost as if the former Moto2 rider were saying: "Eh, look who it is". In effect, we saw little of Marquez in 2020, as he was ruled out through injury at the opening round of Jerez. As we await his return to the track, many wonder what kind of team the Honda riders will form? In Japan (and Spain too) they are hopeful that they have created a strong duo, something Honda’s been lacking for too long.