MotoGP: Vinales and Quartararo trust in Crutchlow to solve the problems 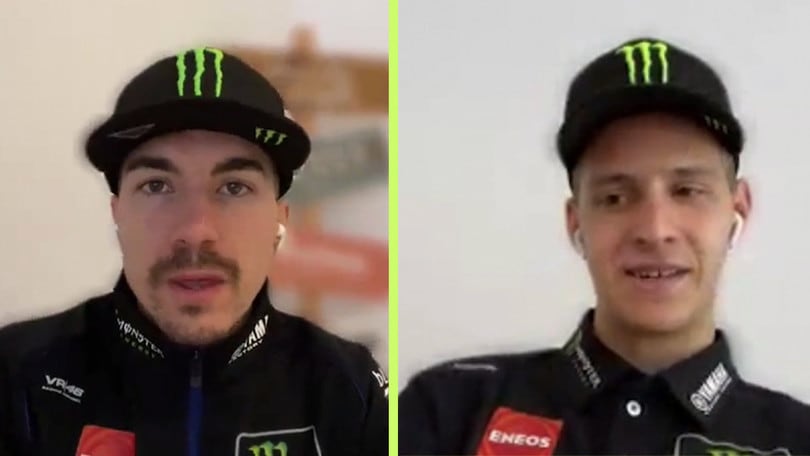 “When you test new components, in 99% of cases they don’t work. Cal can solve many problems”, says the Spaniard. “I’ll push Yamaha to have him do a lot of riding”, echoes the Frenchman

Maverick Viñales and Fabio Quartararo regard new Yamaha test rider Cal Crutchlow as the solution to many problems. Having raced with the factory Yamaha for the past four years, the Spanish rider is well aware of the issues with the M1. He scored his worst result so far in 2020, closing the championship in sixth place, after having finished third in both 2017 and 2019.

Although he hasn’t experienced the same problems, the Petronas Yamaha in fact proving move rideable than the factory team’s bike, Fabio Quartararo is also enthusiastic about the new Yamaha test rider.

Viñales: “Free to focus on the races”

“Cal will bring serenity to the team, because sometimes I’ve been racing but also testing the bike, something that leaves you quite on edge”, says Maverick Viñales. “When you test new components, in 99% of cases they don’t work, only 1% are actually any good. And if you can have a rider like Cal, who can really understand the bike and take it to the limit, and he knows others bikes and will give it his all over every lap, this means that when you get to the track you don’t have to test new swingarms, exhausts or suspension. You can just focus on the racing".

"Also during testing, because we had to test everything last year. Cal can say ‘this yes, that no’, and that means he can solve many problems and give us the opportunity to focus more on what’s needed”, explains Viñales.

“So his arrival is very important for us, because Cal is a good rider, we’re friends, and he can do a good job. I hope he can help”, concludes the Spaniard.

MotoGP, Vinales: “To win, Yamaha needs to be a united team”

Quartararo: “He’s the right guy for us”

“I’m really pleased that Cal is on the team, because I know him quite well, he has a strong mentality and he’s very direct”, comments Quartararo. “And I think he’s the right guy for us. If something isn’t right, we don’t want to go right or left, but straight ahead, without wasting time”.

“It’s important he does a lot of testing, I hope Yamaha has him lapping a lot, so he can check and approve the various components, which is really important. I’ll push Yamaha to have him do a lot of riding”, concludes Quartararo.

MotoGP, Quartararo: “I like the pressure, but need to keep calm”