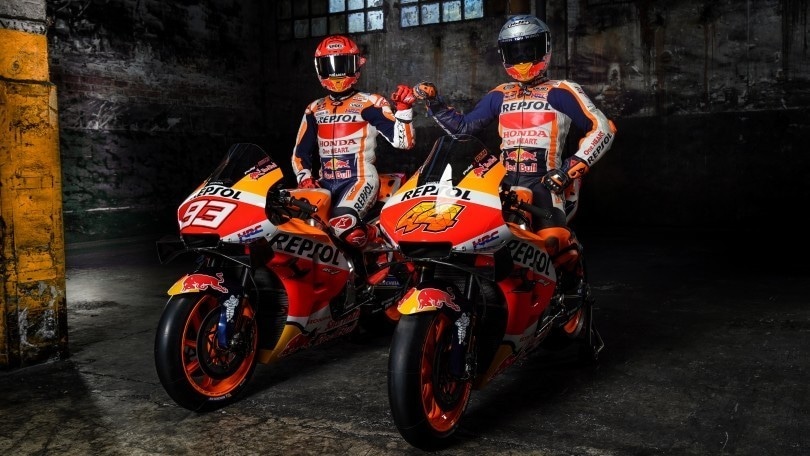 With Marc still unsure as to his return, Pol Espargaró has an opportunity: "I need to stay calm and manage everything". Puig: "Marc is a champion, he’ll find a way to come back strong”

Honda started the last four seasons as world champion, but the many difficulties of 2020 mean that it begins the 2021 season in a very different situation. As of 2016, Marc Marquez has been on hand to guarantee the Japanese manufacturer the title, his team-mate mere spectators to his fantastic show.

Today, the very same Marc takes to the microphone with a strong desire to ride, but no idea as to when this might be possible. “Physically I’m improving every day - comments Marc - but for now I have to listen to my body, gradually increasing the load. So I can’t say when I’ll be ready to return to the track”.

The man who has dominated in recent seasons is realistic, confessing that his goal for the coming season is not to win, but something else entirely. “Normally my aim is to win the title, but now I have to try and get back to having fun in the saddle as soon as possible, while also trying to be fast as soon as I can. I can’t hope to be straight back riding like I was before, especially after a year away from the tracks. It’s hard to say if I’ll have to readapt to the bike, it might take only a few races or as much as half a season”. 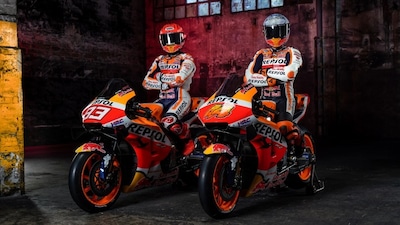 Sharing the garage with #93 is Pol Espargaró who, after many seasons in the reigning class, is now living his dream, wearing perhaps the most iconic MotoGP colours of all.

“I don’t know what to expect this season - begins Pol – as I still need to get to know the bike and only have a few tests during which to do so. I definitely need to remain focused and keep everything under control, not easy in our sport. In any case, being on this team is exciting. The first time I saw Marc we were very small, it might have been his first time on a racing bike. We’ve battled it out on the track so many times, moments I remember fondly”.

The Honda pairing definitely makes for an explosive combination and it is Alberto Puig who will be tasked with managing this, as well as the recovery and return of Marquez. “We can learn something every day – comments Puig – and 2020 was definitely full of lessons. We learned that things happen in motorsport, and you have to react. In life, a problem is a problem, but you need to be able to turn it into an opportunity, and that’s what we want to do”.

The Spanish team manager has good words for the two riders, who both have the experience and the talent to bring the title home to Asaka.

“Pol can definitely achieve great results. I hope he understands the bike quickly, and I hope there’s the right level of competitiveness in the garage, to raise the level. Marc is a champion and he’ll find a way to come back and be Marc again: we must, and can, help him, but the important thing is to consider what he thinks he needs to do to come back strong”.

It was then the turn of HRC racing director Tetsuhiro Kuwata, who promises an updated and fast RCV213. “It’s not an easy time, for anyone, but we’re committed to doing our best. We have reacted to Marc’s accident, improving the bike so that we can return to winning ways. Considering the freezing of engines, we’ve focused on other aspects, like the frame. The bike isn’t revolutionised but there are some useful new features”.

Alex Marquez: “MotoGP is another world”