MotoGP, Razali: “We’ll give Rossi something new. Morbidelli? An artist” 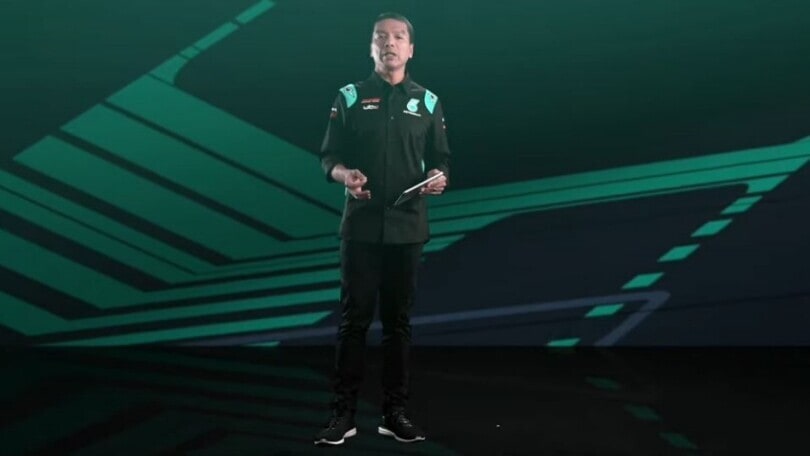 "Valentino will bring stability. Franco can fight for the ttitle, he won’t feel the pressure like Quartararo. Our renewal with Yamaha? The desire is there, we don’t want to be a satellite team any longer"

In just two years, team Petronas has become a key MotoGP squad, and its latest goal is to grow even further. Having nurtured the idea of winning the title with Fabio Quartararo, Team Principal Razlan Razali was was then able to enjoy the exponential growth of Franco Morbidelli, who will compete for the team once again in 2021, alongside Valentino Rossi.

It’s impossible not to begin with the latest arrival, not exactly the average rider. “Valentino was always an excellent candidate for our team right from day one - starts Razali - but the pandemic then strengthened his position, because welcoming a rookie would have been more complicated. Rossi can definitely obtain great results, as well as bring stability to the team. The fact that Valentino and Morbidelli are friends can no doubt help the team, as the atmosphere will be positive and we won’t need to put up a wall in the garage”.

Allowing a nine-time world champion to continue to grow is not easy, but Razali remains optimistic.

“Speaking with both my team and the factory team, I understand that the approaches are different. On the Petronas team we have experienced guys like Ramon Forcada, but also youngsters who are cutting their teeth in MotoGP, and this makes for a great combination. We are able to listen to, and understand, the riders, and as a satellite team we can make ourselves heard if something’s not working. I hope all this can help Valentino”.

Razali: “Morbidelli is a hungry artist when he’s on track"

While Rossi is new to the squad, Morbidelli is already an integral part of the structure and the Team Principal is quick to compliment him. “He expresses himself and behaves like an artist. He has a wonderful outlook on life, he respects everyone and he always remains calm. He’s a great guy, and then on track he becomes aggressive and hungry like everyone else”.

The number 21 rider will once again compete with the “A-spec” M1, though Razali doesn’t think this will stop him from battling against his rivals.

“Yamaha has a high opinion of Franco as a rider right now, but his contractual situation didn’t allow them to give him an identical bike to the other Yamaha riders. His M1 will still receive updates during the year, like last year, to allow him to improve. I think Morbidelli has achieved a good level of understanding with his current M1, and he can definitely be fast”.

Morbidelli’s contract also differs in that it has been made with team Petronas, and not directly with Yamaha. A little unusual for a young talent like Franco, considering the current trend among manufacturers (Ducati for starters) to create a direct link with their most promising riders.

“Last year, many were focusing on Quartararo, but Morbidelli grew to the extent that he became a title contender. The championship began at a time when we’re usually starting to work on contract renewals. Franco had technical problems at Jerez, but then started to shine from Brno. We didn’t want to lose him to another team, so we decided to renew with him directly until 2022”.

Razali doesn’t deny that Morbidelli can fight right from the outset this season. “Franco has already battled for the title in Moto2, winning despite it all, so I don’t think he’ll have any trouble dealing with the pressure, unlike Fabio for example. Fabio’s performance definitely spurred him on, and I’m sure he’s in line to be one of the 2021 title contenders”. 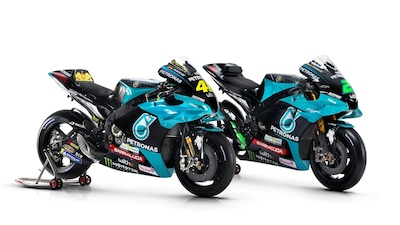 “We want to continue with Yamaha, and not call ourselves a satellite team anymore”

Beyond what he might achieve with Rossi and Morbidelli, Razali must start to consider his team’s future, considering that the agreement between Yamaha and team Petronas is soon up for renewal.

“We started to discuss the renewal in December, when I received an initial five-year proposal from Yamaha. We’re talking and I hope to have a definitive agreement by May or June. We got on well with Yamaha right from the start, so I hope we can continue together. A team run by Valentino? I prefer not to comment”.

Razali’s structure is an attractive proposal for many, Suzuki for example, which has already made contact, but the Team Principal confirms his desire to move forward with the Iwata manufacturer.

“When a manufacturer wants to talk, it’s only right to listen, and that’s what we did with Suzuki, seeing as we are open to all possibilities. Having said that, our decision depends largely on what Petronas wants, so we will follow their indications. The common intention is to continue with Yamaha, due both to the results and their desire to be involved in our campaign to develop young riders, from the Asian championship to the MotoGP. I think we’ll be able to stop calling ourselves an independent or satellite team in future (he laughs)”.

Lastly, Razali touches on his Moto2 and Moto3 teams, both of which look promising this season

“In Moto2 we have Vierge, an expert rider, who I think can bring the team its first podium, and a young, developing talent like Dixon, who showed real signs of growth last year. I think both can fight for the podium. In Moto3 it will be interesting to follow McPhee’s last season in the category. He can definitely be a title contender, and will probably be spurred on by Darryn Binder, another very fast rider who is ready to move up”.