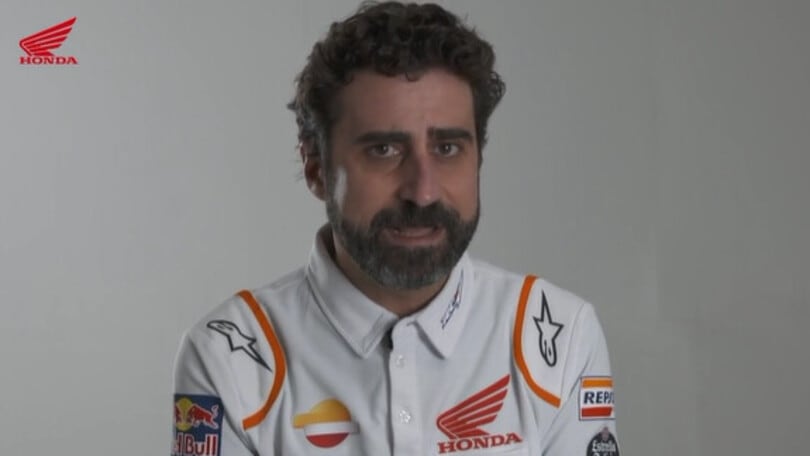 In a video created by the Respol team, Marc Marquez’s chief mechanic Santi Hernández answers some questions and looks back at 2020, a year conditioned by coronavirus and his rider’s injury. The Spaniard also talks about the eight-time champion’s return to the track and the plans for test rider Stefan Bradl.

Marquez will not take part in this week’s tests at the Losail track in Qatar, as he awaits an update from his doctors as to his physical condition. From a racing standpoint, Hernandez comments: “The most important thing is that Marc gets on the bike and has the same positive sensations he had before his injury. From there, time will tell, we’ll have all the answers once Marc gets back on the bike”. As for whether Marc will be aiming high right from the outset: “With a rider like Marc, the goal doesn’t change, and that is to try and win the world championship.”

As of now, his replacement will be the same as in 2020, or rather test rider Stefan Bradl, who will work to understand the new elements and improve the bike: “We’ll work to give Marc a bike with which he can win or give it his all” explains Hernandez. And as for the start of the championship, he adds: “We’ll also help Stefan to be able to score good results if he is the one competing in the first race”.

2020 and the many lessons learned

Hernandez sums up last season as “very complicated” and explains: “We learned to work with a new rider and change our mentality and work method, but it wasn’t easy for Stefan to go from test rider to doing the whole season as rider”. From his own point of view, he comments: “I’ve learned that you feel pride depending on who you work with, and this helps you understand how difficult it is for many teams to win”.

“When you’re used to winning almost every weekend, it seems normal, but when we struggled to reach the points zone with Stefan you realise that this is the reality”. Something different to before: “It’s not like a dream but it’s true that the work is different and this makes you appreciate the work, the team and the rider”.

Moto2, Beaubier: “Marquez was amazing from a young age”