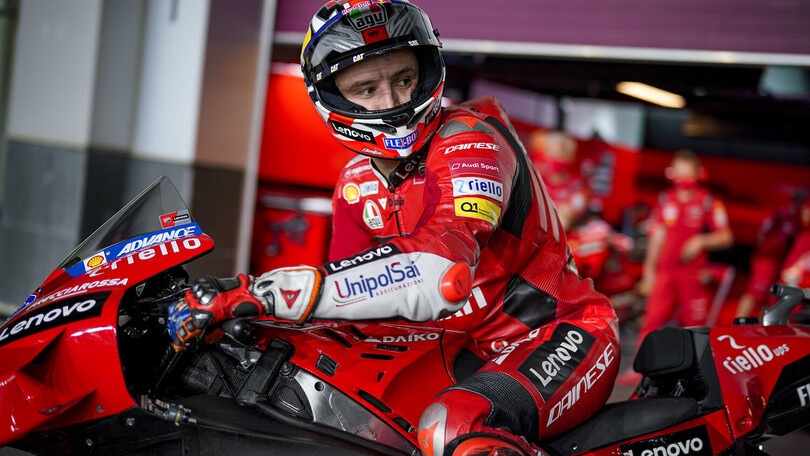 Jack Miller proved very quick in Qatar but the Yamaha battleship is prepared to launch an attack. The season is set to start with a bang

The time has come. From Friday 26 March the riders in the top class will be back on track for the first long weekend of the 2021 season, set to take place in Qatar. Two days of practice and qualifying, followed by the race. A tour de force that is only the first in a long series of events scheduled to take place between now and November. But what can the riders expect from this first race of the season? And who are the favourites for the prized podium spots?

Ducati on the attack with Miller

Past race data and results tell us that the Ducatis literally fly in Qatar. The track’s long straights favour the top speed of the Desmosedici, with Andrea Dovizioso having won in both 2018 and 2019 (there was no race in 2020 due to Covid-19).

Will the baton now pass to Jack Miller or Francesco Bagnaia, the two new factory Ducati riders? Who knows! If we look at the recent tests, Miller was the fastest rider overall, even setting a new lap record of 1:53.183. So all the prerequisites are there, and Bagnaia and Zarco (Ducati Pramac) could also be in a for a positive opening weekend.

Yamaha ready to respond to the red fury

But look out! Because the Yamahas are not messing around either. They’ve won eight races between 2004 and 2019 and did well in the recent MotoGP tests. They no longer have Jorge Lorenzo on the M1 (the most successful rider at Qatar), but Maverick Viñales, Fabio Quartararo, Franco Morbidelli and Valentino Rossi, who’s won four times in the past, are ready to give it their all.

Viñales, Quartararo and Morbidelli finished the tests in second, third and fourth place, with Rossi a little further back after having worked on various aspects of the M1 in the Petronas garage. So we wouldn’t be surprised if the opening round turns out to be a battle between the Ducatis and the Yamahas.

But we should also keep an eye on the so-called “outsiders”, starting with the Suzukis of Alex Rins and 2020 world champion Joan Mir. They didn’t do badly in testing and may simply be playing their cards close to their chest ahead of the opening race. Then, the KTM and Honda riders. The Losail track is not a particular friend to the orange bikes though, and they’ve never scored a podium finish or significant result in Qatar. As for Honda, we now know that Marc Marquez will not compete in at least the first two rounds of the season (both in Qatar). So it will be up to new recruit Pol Espargaró, who appears to have adapted well to the RC213V but who probably won’t be a podium contender, and test rider Stefan Bradl, who stands in for Marc Marquez. Without forgetting the two LCR riders Takaaki Nakagami and Alex Marquez who can fight for a top ten finish.

Spotlight on the rookies

Lastly, we should keep an eye out for the three rookies, or rather Jorge Martin with the Desmosedici of Team Ducati Pramac, but particularly Moto2 world champion Enea Bastianini and Valentino Rossi’s brother, Luca Marini. Their first MotoGP races will be very important, and we’ll be following their progress carefully. Good luck to them all... and let the 2021 MotoGP season begin!