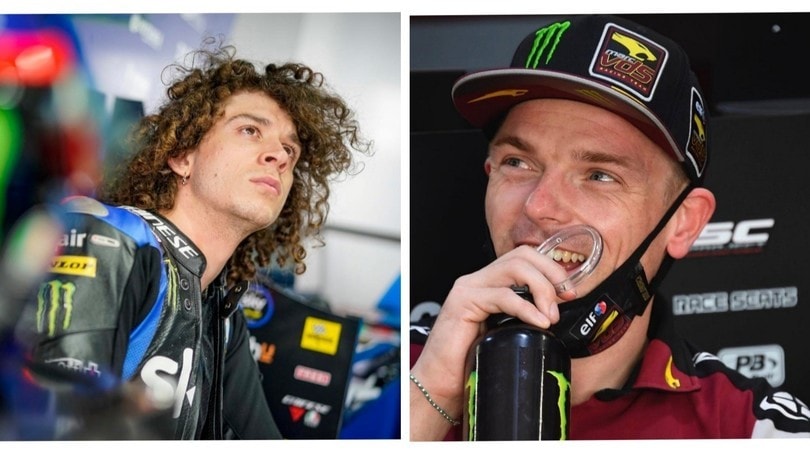 If the Qatar test is anything to go by, these two riders will be battling it out right from the opening round. But look out for Gardner and the Moto3 rookies who also start with the bit between their teeth

This coming weekend also marks the start of the 2021 Moto2 world championship. Many riders have already proved quick in testing, and this list includes several Italians, both the more experienced and category rookies.

Lowes-Bez, the battle has already begun

Judging by how testing went, we’re in for some great racing this season. Starting with the riders who were fighting for the 2020 title, or rather Brit Sam Lowes on the Team Marc VDS Kalex and Marco Bezzecchi, who continues with the Sky Racing Team VR46. These two riders were both very strong last season, amassing wins and podiums, and were also out front during the recent test sessions in Qatar. The pair were separated by just 0.013 of a second in fact, which probably means they’ll both play a starring role this coming weekend.

But several riders are ready to make things difficult for the pair, not least Remy Gardner and Jake Dixon, but also Xavi Vierge and Joe Roberts. In 2020, the race was won by Tetsuta Nagashima, now on sabbatical, but the second-placed rider was Lorenzo Baldassarri, now with Team MV Agusta Forward Racing. Will he be able to score a similar result this year? Other strong Italians are Gresini Racing’s Niccolò Bulega, seventh overall at the Qatar test, and his team-mate Fabio Di Giannantonio who, despite still needing to adapt his style to the Kalex (after the Speed Up), knows what he wants this season.

Who are you calling rookie?

And some of the rookies arriving from Moto3 may also prove to be unexpected front runners. Several have already made their presence felt, including Raul Fernandez (the quickest in testing), current champion Albert Arenas, but also Tony Arbolino who will race for Intact GP this season, Celestino Vietti Ramus aboard the SKY Racing Team VR46 Kalex and Yari Montella with the Team Speed Up Boscoscuro. One thing is sure, and that is that we're in for some real entertainment!

SBK, Go Eleven throws down the gauntlet: “This blue bike needs to beat the red Ducatis”