It was the unofficial reigning class of the 90s. The jumps at the Salzburgring, the pushing and shoving at the Nurburgring. The years of the last gasp battle at the “Motodrom” of Hockenheim. Of Luca Cadalora, Loris Reggiani and Pierfrancesco Chili, followed by Biaggi, Capirossi, Romboni. And then Rossi... This was the 250 class, a hotbed of Italian talent, where the wins were punctuated by some all-out clashes on the bikes.

Period of real rivalry, on and off track 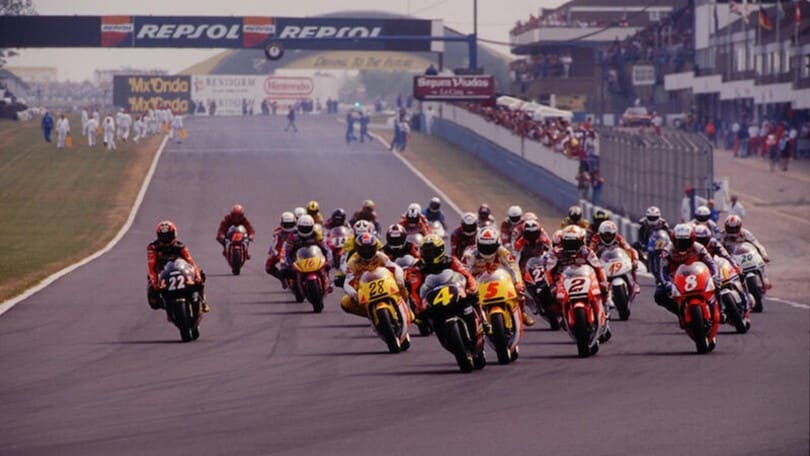 1994 was a year of strong hearts, one that would go down in history also for the “black” Aprilia’s title win at the hands of Massimiliano Biaggi.

A race to victory characterised by a rivalry between Biaggi, Loris Capirossi and Doriano Romboni, which often saw the riders on the verge of clashing. Like that time in the German GP.

All in three turns 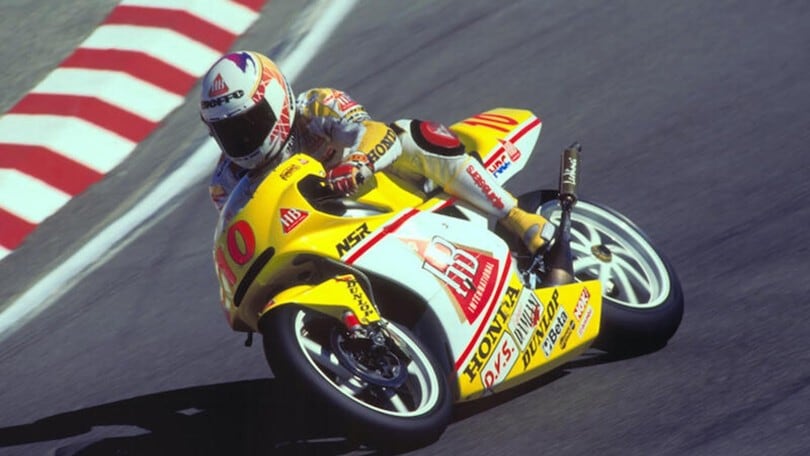 The last lap. On entry to the Motodrom, the last, twisting section of the fast Hockenheim circuit, the trio were still very close but also aware that the race might well finish in that order. Each knew the other’s moves. Too crafty, too careful, the three “phenomenons” (as Motosprint called them at the time) knew that they might pay dearly for any gamble they chose to make.

“Whoever enters the Motodrom first, basically has the race in their grasp”, they’d say. Everyone knew that. Loris Capirossi arrived first, having passed Max in braking, and now he looked to be on for the win. One turn later, at “Sachs”, it was Romboni who got the better of Biaggi, in difficulty with the brakes. The podium positions came down to just two turns, after a race in which the trio had been carefully studying each other. 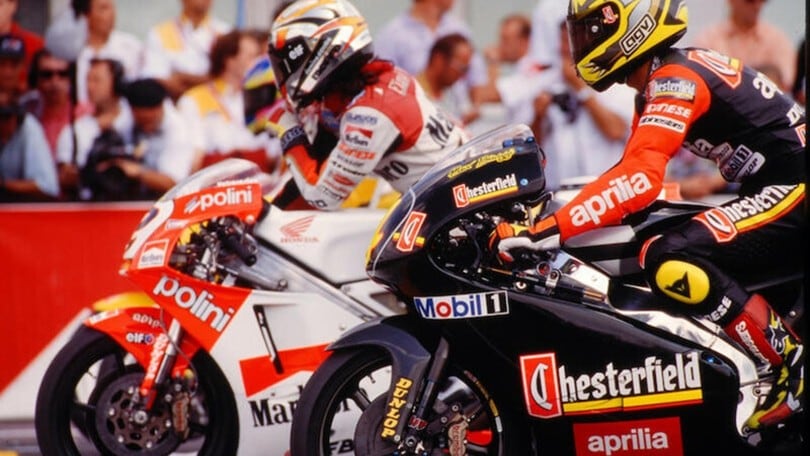 But a black knight can sometimes have a nasty surprise in store. The knight was the Italian on the black Aprilia, a rider who had thrown down the gauntlet to his strongest rivals that year.  A stubborn gauntlet, often irreverent. He didn’t want to lose positions and so, left with no other choice, he improvised. At the first of the two turns leading to the line, he attacked Doriano who was forced to run a little wide to avoid any contact. The move ensured that Biaggi crossed the line second, the Aprilia sandwiched between the two Honda NSRs.

It had been an exciting finale, but while “Capirex” enjoyed his (well-deserved) success, sparks flew between “Rombo” and the “Corsaro”.

“I don’t know why he’s angry, this is racing, not a classical music concert”, exclaimed Massimiliano. Doriano shot back: “I hope to repay the courtesy next time”.

The championship title ultimately went to Biaggi, who handed the Noale manufacturer the first of three consecutive 250 titles. A victory over two rivals who weren’t willing to give an inch. An epic year, a year of… phenomenons.