MotoGP Qatar, Rossi comments: “I was happy on the factory team too” 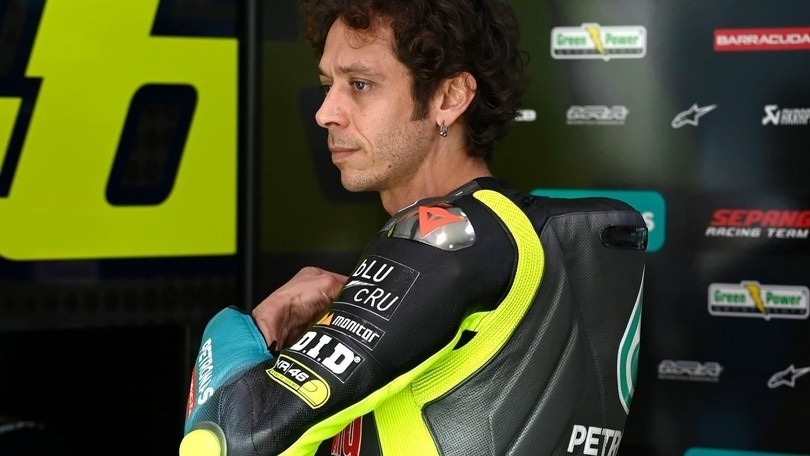 In the first 2021 press conference, Valentino has provided some first impressions of the Petronas garage and also spoke about Marc Marquez: “He wants to return but last year he came back before he was ready”

Tomorrow will see him on track in Team Petronas colours for the first time, aside from during pre-season testing, and Valentino Rossi has every intention of enjoying a great weekend. He has good feeling with the M1 and the atmosphere in the garage is also positive. Now all that remains is to twist that throttle and have some fun.

“I was also happy with the factory team”

“The start of the season is like the first day of school - says Rossi during the conference - there’s always excitement. I’ve moved from one team to another and I feel good. The atmosphere is great and the tests didn’t go badly. Now we need to see how the weekend goes and what we’re able to do in the race”.

Vale expands on his recent move: “Both the factory Yamaha team and Petronas always give it their all and aim for victory. There’s always pressure, but I have less people around the bike now. I have to say that the atmosphere was also great on the factory team. I’m very happy to have Franco Morbidelli as a team-mate, we’re friends and spend a lot of time together. I think he’s one of the best MotoGP riders, as he proved last season. So I have added motivation to battle him this season”.

Who is the favourite?

As the 2021 season begins, who might be the favourite for the title? “I think we need to start by looking at the final races of 2020 - continues Rossi -, the fastest guys were Mir, Morbidelli and Miller”. None of the riders at the conference name Marc Marquez, absent from these first two rounds and still recovering from his injury. “I think it’s hard to know what’s going on from the outside - adds Vale - he wants to come back, but last year too he returned before he was ready. I hope he’s back soon and immediately competitive”.

Between present and future

This will be the Doctor’s 26th season on the grid, but what has changed over the years? “26 seasons - he reflects - even saying that gets you thinking. The important thing is to be focused on the present and future. I’ve grown up, I’ve experienced different emotions, and my passion for motorcycling remains the same. Like the emotion you feel when you exit onto pitlane for the first time, I’m sure I’ll experience that again tomorrow”.

So might we see Rossi in the garage again in 2022? How likely is this? “I don’t know how likely it is, I hope it’s not my last year but a lot will depend on my results”.

“We battled with Gresini”

Lastly, Vale remembers Fausto Gresini, who recently passed away due to complications relating to Covid: “I knew Fausto ever since he was a rider, I clearly remember when he helped Capirossi to win at Phillip Island. And then he became a rival, we battled in 250cc and in MotoGP, so I’m very sad about what’s happened. The entire paddock is scared of this, you realise that Covid is real and can also affect healthy people”.