MotoGP fans have always been interested in the trivia, the unexpected celebrations, the on-the-limit passes and the dramatic twists that the riders and races offer up, leaving us on the edge of our seats. But there’s one anecdote that’s particularly worth remembering. Mainly for the sheer madness of the gesture, made by Jorge Lorenzo at the 2010 Jerez GP.

The race to win 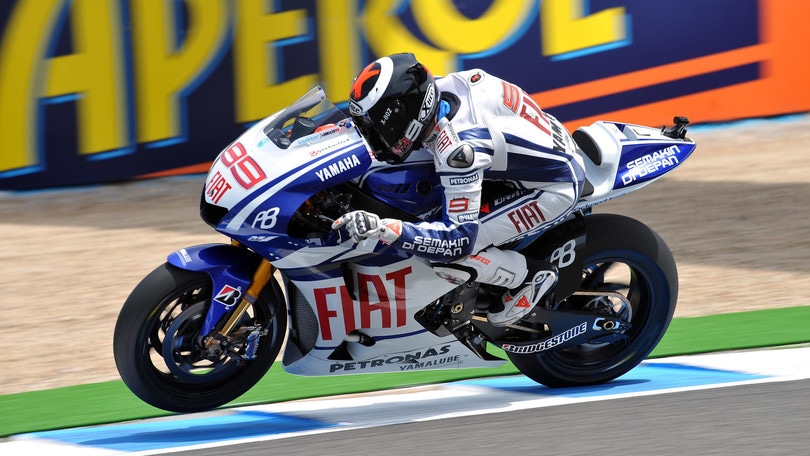 The Majorcan was racing for the Yamaha team, with Valentino Rossi as a team-mate. At the start of 2010, Lorenzo finished second in Qatar and then won at Jerez on 2 May.

He got off the line second, behind Dani Pedrosa and in front of Casey Stoner and Valentino Rossi. He didn’t make the best start and was lying fifth, Pedrosa and Rossi up ahead, followed by Hayden and Stoner in hot pursuit.

It didn’t look as if it would be a great race for Jorge but then something began to change and the two leaders suddenly appeared to be within his reach. Lorenzo set a record lap time with nine laps to go, and soon passed both Valentino and Pedrosa. The final lap saw the two Spaniards battling it out, and then Dani made a mistake, running wide and allowing Lorenzo to pass him and cross the line first.

From celebration to near tragedy 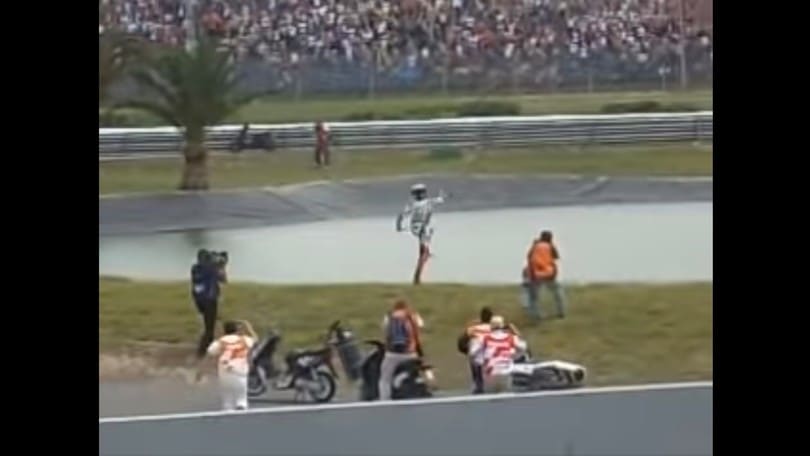 Lorenzo was in seventh heaven, and rightly so. The race hadn’t been easy and a win hadn’t even looked possible at the start. But we all know Jorge Lorenzo never liked the word ‘impossible’. On his lap of honour, the Majorcan was overjoyed aboard his white and blue Yamaha and, on reaching the artificial lake located between turns one and two, he left his M1 with the marshals and began to run. He dived straight in, still wearing his suit, helmet and boots. Not exactly the best apparel for an off-season swim.

Jorge’s leathers filled with water, though fortunately the airbag helped him to stay afloat. Many ran to the lake, some taking photos before realising that the situation had got a little out of control. In the end, Jorge was assisted out and, the adrenaline having worn off, he commented: “I was really scared I’d drown, I risked my life, the celebration was turning into a nightmare”.

“I’d already clocked the lake on Thursday, thinking it would be fun to jump in. I think the fans liked it, but I forgot to calculate how heavy I’d be in my wet leathers, and for a minute I was worried I wouldn’t be able to get out”.

A memorable performance by Lorenzo, and one which had a happy ending…. Jorge wouldn’t just remember 2010 for the Jerez GP but for his title win come the end of the season, after scoring nine wins and five second place finishes for a total of 383 points. A year that definitely deserves its place in the history books.

MotoGP Doha: criticism re the crowd at the Qatar GP. Will things be better?

Doha MotoGP, the stats: Yamaha the most successful in Qatar