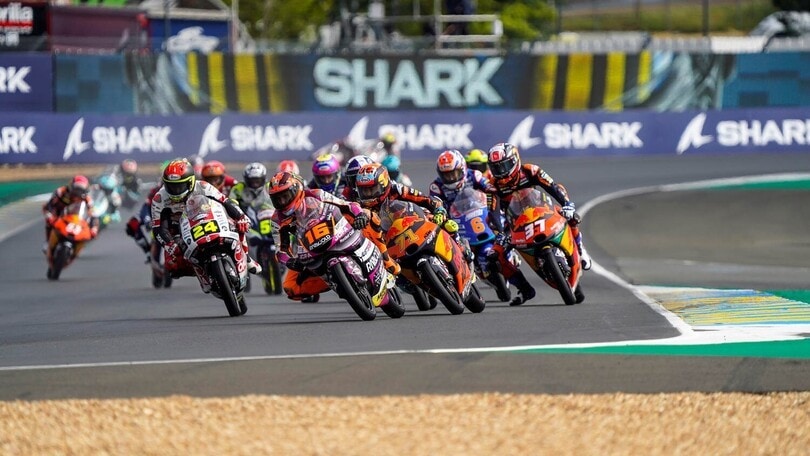 The Mugello circuit is nestled in the Tuscan hills, a high-octane track that boasts turns of every kind and one where the Moto3 in particular is often characterised by some real slipstream action. Last year there was no racing here, so this year riders are even more motivated as they hunt down Pedro Acosta.

The Spanish shark’s days are numbered

As championship leader, holding more than twice the points of second-placed Sergio Garcia, Acosta is the man to beat at Mugello, but the Italian contingent is battle ready and highly motivated. Third in the championship is Andrea Migno, who ran a brilliant race at this track four years ago. In light of the good feeling he has with the team Snipers Honda, might he be able to do it again this year?

The blues will give it their all

Romano Fenati has also heard his national anthem play out at Mugello, back in 2014.  The Italian has significant experience and the Max Racing Team Husqvarna is ready to aim high; doing so at the Mugello track could make for a day to remember. Niccolò Antonelli has not reached the podium here but he shouldn’t be ruled out, also considering his good feeling with team Avintia. And Riccardo Rossi is more motivated than ever, after scoring his first ever podium at Le Mans. He’s ready to do it again, as is his team-mate Stefano Nepa and Dennis Foggia, keen to be part of the leading group.

Their rivals will be as strong as ever, as Garcia will attempt to repeat his Le Mans performance, while Gresini riders Gabriel Rodrigo and Jeremy Alcoba want to do well at their team’s home track, without forgetting Jaume Masia and Darryn Binder, who need to make up some important points. It looks set to be a battle all the way to the line.