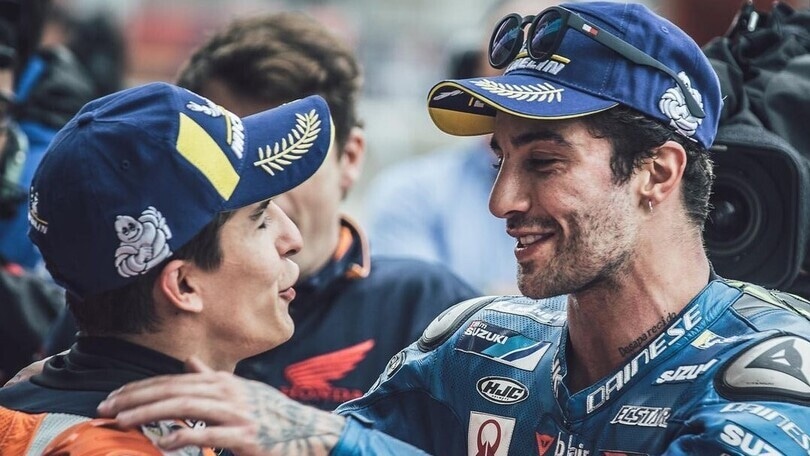 Having battled with him many times in the past, the Italian wanted to pay tribute to the eight-time champion following his win at the Sachsenring

In an incredible display of strength, Marc Marquez was back on top at the Sachsenring, and was immediately congratulated on social media by Andrea Iannone, a great rival of his in the past.

The Italian write: “I know what it means to fall and get back up, you’re the rider I’ve battled the most and against whom I challenged myself and measured myself the most. I had no doubts Marc, you’ve shown yet again that you’re a champion”.

The rivalry between the Italian and the Catalan dates all the way back to when they were kids, both hungry and determined to make motorcycle history. And two of their most famous duels came in Qatar in 2012 and at Le Mans in 2015.

The first played out during the Moto2 season-opener, with pushing and shoving that continued all the way to the line in what was a classic duel. A great way to start to the season.

The second was in France, in the reigning class. Marquez with the Honda, Iannone with the Ducati, the pair battling for fourth place. An epic battle that went down in history.