MotoGP, official: Maverick Viñales to leave Yamaha at the end of 2021 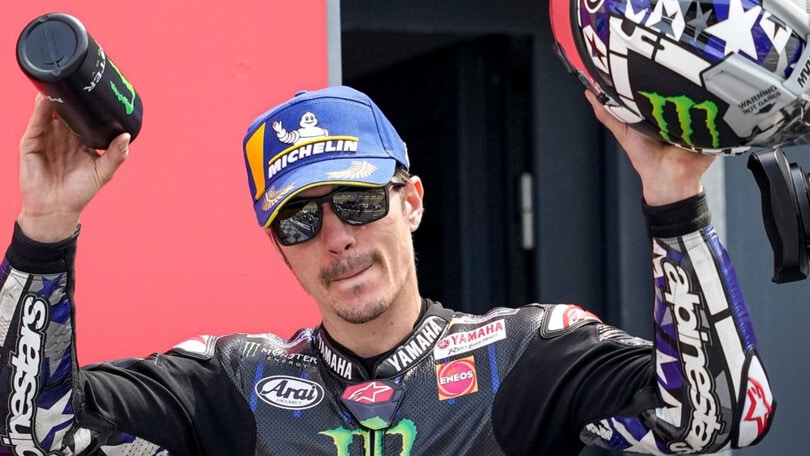 Following the latest rumours, the separation between the Spaniard and the Japanese manufacturer is now confirmed

It was just a rumour but now it’s official - Maverick Viñales will no longer be a Yamaha rider in 2022. The Iwata manufacturer has confirmed the news with a press release issued on Monday morning.

"Following Maverick Viñales’ request, Yamaha have agreed to put an early end to their current two-year contract. Currently in their fifth season together, they mutually decided to go their separate ways after this year”, the note reads.

"It is with sadness that we will say farewell to Maverick at the end of the year", comments Lin Jarvis. "We are in the middle of our fifth season together and over the years we have achieved many highs but also had to manage many lows. After the German GP, which was the most difficult weekend of our partnership, we had important discussions in Assen and came to the conclusion that it would be in the interest of both parties to go our separate ways in the future. Yamaha will put in their maximum effort - as we always have done - to give full support to Maverick and finish this season in the very best way possible".

And Viñales echoes the sentiment: "This partnership has been very significant to me over the last five years, and it proved a difficult decision to part ways. In these seasons together, we experienced both great achievements and tough times. However, the underlying feeling is of mutual respect and appreciation. I am fully committed and will strive to achieve the best results for the rest of the season".

Plot twists ahead, with Dovizioso at the window

The end of a marriage that began in 2017 and never really bloomed. The performance of #12 has been conditioned by a series of highs and lows, the rider often quick in practice but never consistent enough come race day. Following his second-place finish at the Dutch GP, Viñales hinted as to his plans: "My future? I’m very far from being able to express my full potential right now. I think I’ve said it all. We’ve had the same problems for three years but a solution has never come”. The Spaniard’s attitude stems from a feeling that the technical support has not been up to par, the rider now ready for a change of air.

And now we await his next moves… Aprilia is an option, but the 2013 Moto3 world champion wants to evaluate all the offers on the table and doesn't rule out the possibility of taking a year off. The factory Yamaha seat he vacates will be hot property for many, Andrea Dovizioso included, the Italian yet to define his next career step.