MotoGP, Zarco aims high: “The goal is to get ahead of Quartararo” 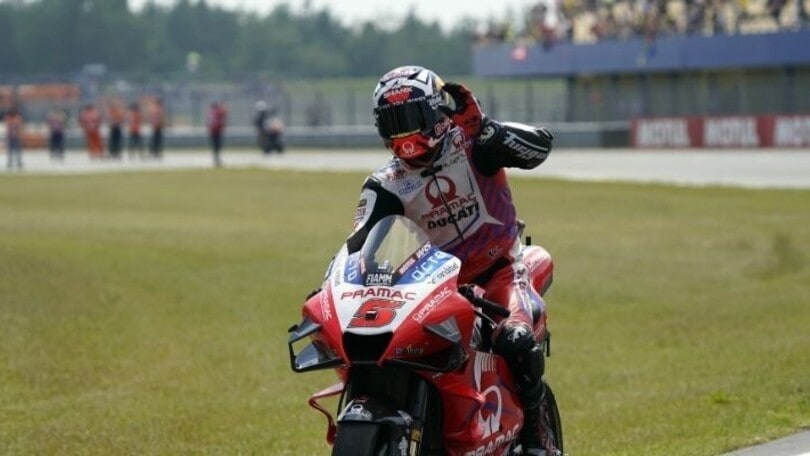 MotoGP is on a break and will return with the Styrian GP on 8 August, when the Ducati rider will try to close the gap to his fellow countryman

A fantastic first half of the championship has attracted everyone’s attention, Johann Zarco lying second in the standings, 34 points from leader Quartarato, also thanks to four podiums and some very consistent performances. Few expected such a start from the Pramac rider, who has been as quick as the factory riders on occasion, if not faster. As he himself said during an interview with Canal+ Sport France, the Frenchman is aiming very high.

Zarco sets out the goal: “To dream of being world champion”

Ducati has provided the two-time Moto2 world champion with a bike identical to that of the factory riders, and the results are proving the Bolognese managers right, having found in Zarco a rider who can also help with development. The season is long but his ideas are clear: “The goal is to get ahead of Fabio, not be the first Ducati. With such a good position in the championship, the aim is to score more points and dream of being world champion. I crashed in Portugal and had some problems in Spain, but I di well at Le Mans-Mugello-Barcelona“. Zarco also talks about his rivalry with Quartararo: “Even though we’re rivals, battled for the title all the way to the end would be great. This has never happened in France. We need to make the most of these exceptional years”.

Austria is fertile ground for Ducati

The Red Bull Ring will host the next MotoGP races, a track that has looked kindly on Ducati in the past, the Italian manufacturer winning in 2016 with Andrea Iannone and in 2017-2019-2020 with Andrea Dovizioso: “In Austria the bikes might have an advantage, but it won’t be easy. But if we can put it all together, if I can raise my level as I hope to, I think I can score my first win and this would be great for the championship standings”.

MotoGP, Schwantz on Rossi's hypothetical retirement before the end of the season