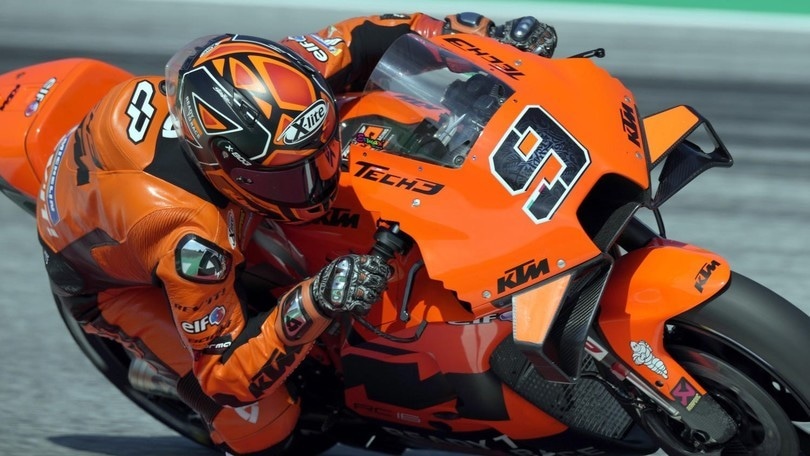 Danilo talks about the Austrian race, in which he finished just eighteenth. All in all though, the KTM Tech3 rider remains optimistic: “At least I didn’t crash”

The Austrian round was a negative one for Danilo Petrucci. The Italian finished just eighteenth but, as the KTM Tech3 rider specifies, the biggest problem was top speed, something he doesn’t have. And then there was the announcement that he will no longer be a part of the orange team as of 2022, not a pleasant development.

“At least I didn’t crash”

“To try and score a point, I was battling with Iker Lecuona – comments Petrucci post-race – and I braked a little late. To pass him, we touched and I ran straight into the sand. With the track limits and everything, I was able to move up to fifteenth but unfortunately with the three straights, the gap to my rivals was significant. I did all I could and made few mistakes, but in the final two laps I battled with Lecuona and ran long. There’s not much difference between sixteenth and eighteenth anyway, at least I didn’t crash.”

In any case, KTM struggled with its other riders too, despite competing at its home track. Danilo attempts to explains this: “I think it’s a track where you do a lot of braking, and the less weight you’re carrying, the better. So in the final stages Brad Binder was very fast. There were points of the race where we were all in line and I was even able to do some low 25s but I was really pushing to the max with the front. Last year, I didn’t have this bike and the front was quite different. I think, from what I’ve understood during meetings, that this is the problem, also for the other three riders who find themselves in difficulty in not having this front tyre. In my case, the problem is that I’m very slow, the work the engineers and I do finishes as soon as I tuck in. Unfortunately we don’t have a quick fix but we fought hard”.