MotoGP Austria, Petrucci unsure: “I need to decide what I want” 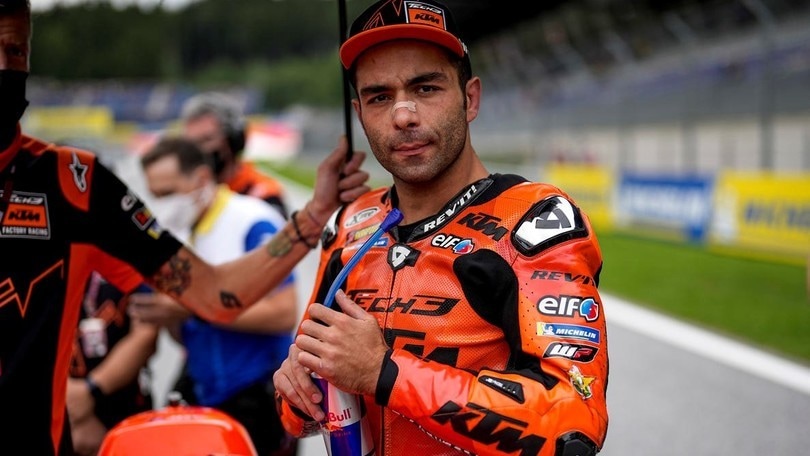 Many possible paths lie ahead for Danilo - Superbike? Dakar with KTM? Without excluding MotoGP: “I know that I love to ride, but I don’t know where I’ll be doing that”

Danilo Petrucci’s future is an unknown right now, and this is hanging over him, the worry clear to see on his face. The KTM Tech3 rider knows he won’t be with the orange team next season, with Raul Fernandez already confirmed as his replacement. And so his mood is not exactly relaxed ahead of the upcoming race weekend. Here’s what he had to say in the press conference.

“The hardest thing for me to digest is that I still feel very competitive”, explains Danilo in reference to his future. “Like at Le Mans last year and at Le Mans again this year. Unfortunately, the content is competitive but the container not so much. This is the hardest thing that doesn’t allow me to do more. I’ll try to enjoy these races and create the opportunity, but at the same time I need to understand what I want from the future”.

Stefan Pierer had also proposed that Danilo compete in the Dakar with the KTM team, but the Superbike option is also in play: “I think there’s still a glimmer of hope to continue in MotoGP – adds the rider – but it’s not up to me. I’d have to start over again and I don’t know if anyone will let me do that. I think I’m still competitive, but it’s also true that the oldest riders are struggling more than before. I haven’t yet decided because I need to understand what I want to do in life. There are pros and cons, it’s a complex time for me. I’ve raced in MotoGP for ten years with the aim of winning the championship and now I need to accept that this won’t be possible. I know I love riding bikes, but I don’t know in which championship I’ll be able to do that, I hope to find a solution soon”.

And as for Superbike, if Petrucci were to decide to race in the production-derived series, would his size be a problem again there? “That’s the doubt I have – I feel competitive and have a lot of experience, but I’m worried this might be an issue in Superbike too. In the last race, I saw Redding very quick along the straight where I have the biggest problem, but it’s also true that in other races he’s struggled. Rea and Razgatlioglu are very strong and I’m worried I’d be getting into the same problems, but on the other hand I’m sure I could pass them. The dream would be to become competitive in a few years and be able to have fun on an off-road bike while remaining a KTM guy for life, so these are my doubts. With KTM, it would be a sort of contract for life, and not for a year. The Dakar would be a very different experience that requires a certain experience, otherwise it could be very dangerous. I ride off-road more than I do with a road bike. Next year if I decide to do the Dakar, it will be to gain experience so I can then do better as of 2023”.