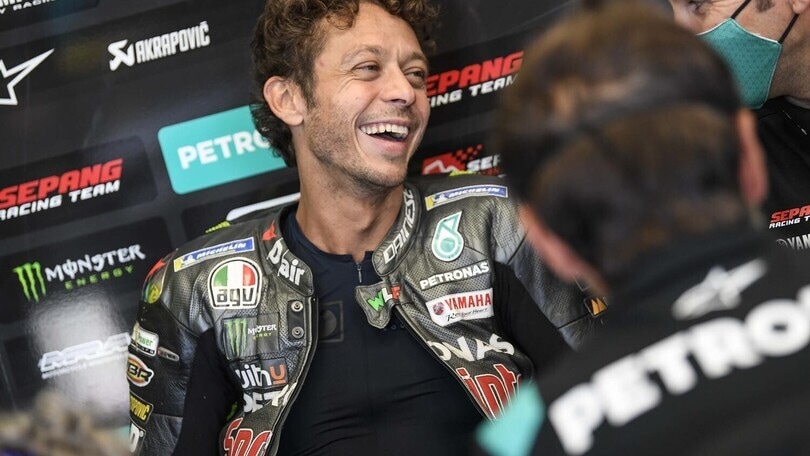 "I don’t know if I’ve seen it all, and it’s difficult to say without knowing all the background. My team? We’ve been reassured and I have faith. FP1 good, FP2 in mixed conditions a disaster”

There’s a lot to discuss with Valentino Rossi at the end of the second Friday at the Red Bull Ring, in reference to past, present and future. The (recent) past regards Maverick Viñales, and the videos online that confirm his less than orthodox actions during the Styria GP. Actions that are difficult to judge, although Rossi offers an opinion.

“I’ve seen a video, and to be honest I expected worse. I don’t know if he did more than I saw, it’s definitely a bad thing, but perhaps not that extreme. I think this was a case of the straw breaking the camel’s back but it’s hard to say without knowing everything”.

As for the present, Valentino talks about today’s practices.

“Things didn’t go badly in FP1, as the track was in good condition and I could prepare for the race, obtaining useful data and lapping quite fast. In FP2 conditions were strange, as it had rained a lot but stayed hot, so the track dried out fast. I was quick in the wet, but really struggled in intermediate conditions, losing a lot in acceleration, so I hope Sunday’s race is either fully dry or fully wet”.

Rossi: “Coming back as a wildcard? Never say never”

The future chapter has various paragraphs. The first regards Valentino himself, and a possible return (one day) as a wildcard, like Pedrosa and Crutchlow.

“I’ve learned to think “never say never” during my career, but I think it would be difficult, although I’ll definitely miss riding a MotoGP. If I were to do it, I’d choose one of my favourite tracks like Assen, Misano, Barcelona or Mugello. Pedrosa and Cal (Crutchlow) have come back, but they’re younger than me”, he laughs.

The second relates to the future of the SRT team, close to a revolution following the rumoured departure of Petronas.

“I know nothing about ut, and the atmosphere in the team is relaxed, but we’ll probably know something soon. It’s a pity because Petronas is an important sponsor, and if a team like this is forced to close two structures it’s a defeat for the whole championship, so I hope things work out for the best”.

Lastly, there’s the development of the VR46 team and the series of statements and doubts regarding the commitment of Tanal and Prince Al Sa’ud.

“I don’t know the latest developments, but I hope everything’s fine of course. We’ll have news in the coming weeks, but I’m not the right person to ask. Worried? They've given us reassurances, so I tend to trust in the people I’ve spoken with”.