MotoGP, Petrucci: “No valid SBK offer, I’ll do the Dakar” 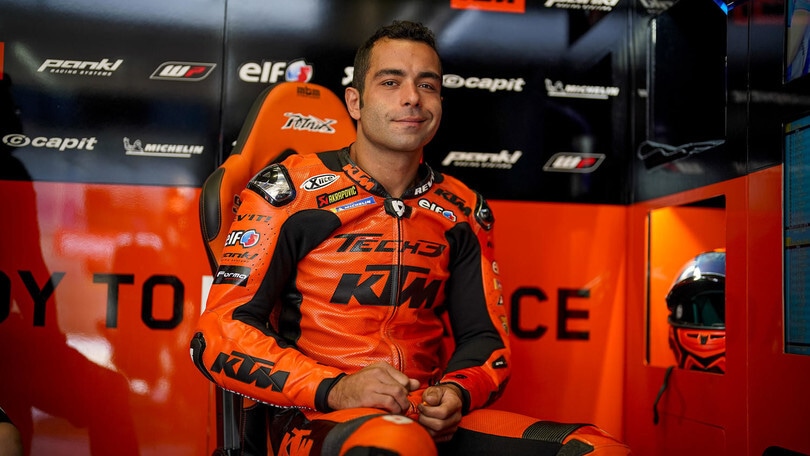 “I’m pleased that KTM wants to carry on together, now we need to put the project into practice. With off-road, you ride more but there are less photos, I’ll have two or three years to learn”

It’s time for a new challenge for Danilo Petrucci, the Italian looking for a little light at Silverstone after what has been a rather complicated season so far. He doesn’t hide his love for the English track, despite it often being unrequited, and he’s ready to get to work.

“I really like Silverstone - confirms Danilo - although I’m not often fast, it’s the same relationship that I have with Phillip Island for example. The first time I raced here I won, but I was in Superstock so another world entirely, while in 2015 I scored a great podium. The last time we raced here I was able to recover after a poor qualifying. It’s an historic track, tough and long, with many different types of turn, so you need the right set-up in every way”.

But there’s still room in Danilo’s mind for the future too of course, which now seems to be fairly clearly mapped out. It looks as if Danilo will move away from the asphalt and into the off-road world.

“I haven’t received any interesting offers from Superbike, so it’s best to continue with KTM, with whom I’ve started to plan a Dakar project. It’s what I want to do honestly. Now the next step is to sit down and work out the details, but my mind is made up”.

Petrucci: “You ride more in off-road with less photos”

Danilo already seems to have entered into a new mood and has clear ideas as to both MotoGP and off-road.

“I’ve spoken to some off-road riders, who operate in a world that is very different to my current planet. Sometimes you sleep in a tent, you wake up at four to start a special stage at five. It’s something I enjoy and want to do. In MotoGP I’ve realised that you spend more time looking at the data than actually riding, while elsewhere you ride more and talk less”.

The Italian seems to have officially made peace with KTM, having exchanged some less than kind words in the past.

“I think that KTM was under pressure regarding Raul (Fernandez), who they didn’t want to lose, which meant that they perhaps moved in a less than correct way. But we’ve worked it out and I’m pleased that they still want me. Personally, I’ve given it my all this year, both on and off track, but I’m the first to say that the current results are not good for me or for KTM”.

In conclusion, Petrucci looks further into the future, excluding (in part) a return to the asphalt.

“I think I have two or three years in which to learn how to be competitive in off-road, where perhaps my body type can be an advantage. I don’t know if I’ll have offers for track racing in future, but I definitely won’t forget how to ride on the asphalt of course, so for now I’ll be keeping up with my riding both on and off the track”.

Ducati SBK: Redding out to make room for the tried and tested