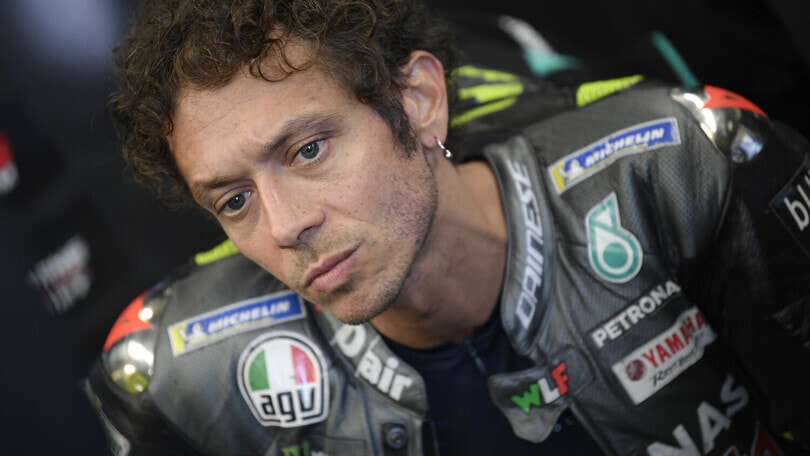 "He’s a very fast rider, but I still don’t feel comfortable when I’m on track with him. Stoner and Lorenzo are two pure talents. VR46? I’m happy to have helped so many riders grow"

When a career is coming to an end it’s only normal to look back at it. The joy, the pain, the friendships and the rivalries often overlap on track, the outcome sometimes sweet, and sometimes bitter. In Valentino Rossi’s case there have clearly been more positives than negatives, but certain adversaries have made a mark.

For the nine-time world champion, the most difficult to deal with has been Marc Marquez, perhaps the rival who has hindered Rossi the most, both technically and mentally speaking, with the 2015 season going down in history as symbolic of their rivalry. “Marc is a great rival and is really fast”, Rossi told MT Sport. “He’s one of the best, but I never feel very comfortable with him on track. How long before he and I might get along? Another 20 or 30 years I think”.

As he briefly sums up his biggest rivals, Valentino can’t exactly overlook two names like Casey Stoner and Jorge Lorenzo, the latter having been both adversary and something of an enemy on the inside during Rossi’s first love affair with Yamaha.

“Stoner was one of the most talented and difficult to beat riders, because I think he was unbeatable in terms of pure talent. And Lorenzo too, I didn’t deserve a team-mate like Lorenzo at Yamaha after what I’d done for them. Perhaps they could have given me someone a bit slower (he smiles)”.

#46’s final comment relates to his work with young Italian talents, who again shone during the latest Silverstone weekend. They represent his motorcycling legacy in a way. "I’m very proud of this work, because when I finish it will be as if a part of me is still here. They are real athletes now, in terms of how they spend their days. And this means things are different when they ride too, because they are stronger and better”.