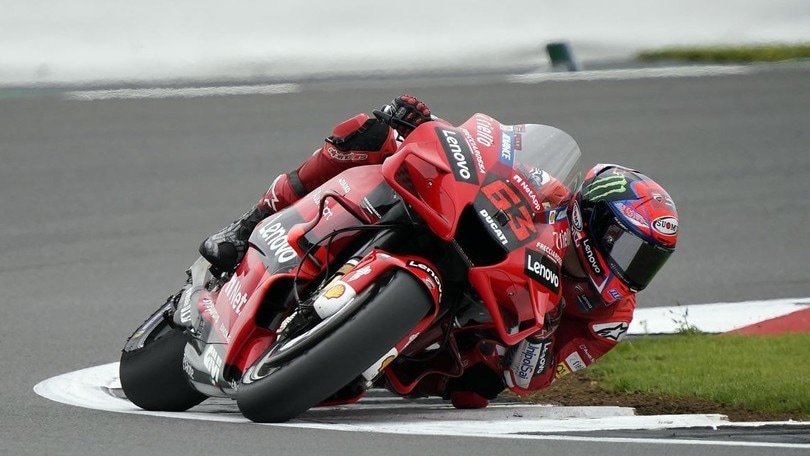 The Italian, one of the nine-time champion’s pupils, comments on the retirement of his mentor and the expectations he had with regard to Marquez

On 14 November, Valentino Rossi will take part in his final MotoGP race at Valencia before retiring from the world championship paddock, but his VR46 Riders Academy pupils will continue to battle it out on track. These riders include Francesco Bagnaia, Franco Morbidelli and current rookie Luca Marini, the first of which has commented on the Doctor’s retirement.

Interviewed by DAZN Spagna, the factory Ducati rider states: “I don’t feel like Rossi’s successor, I think it’s impossible to do what he has done. I’m happy for him, because even though I think it will be tough to be here without him – because we’re always with him – in the end he’s done the right thing for himself”. The desired results have failed to materialise and Pecco adds: “If he’s not having fun anymore… I think he has fun, but not during the races. I see him more relaxed now and he’s going to be a dad too, so I’m very happy for him”.

2021 has also seen the return of Marc Marquez, after an arm injury kept him away from the racetrack for the entire 2020 season, but Bagnaia thinks he has failed to meet with expectation: “I thought he’d be fighting for the title. I thought he was better prepared to fight, but I guess we can’t really know from the outside. The way he arrived back at Portimao, after so long, and ran a race up front, I thought his problems were behind him”. And yet the Spaniard has only scored one noteworthy result to date, or rather victory in Germany. Only time will tell whether he’s able to consolidate the positive sensations in the final six races.

MotoGP, Viñales admits: “I hadn't had fun on a bike for a long time”