MotoGP, Valentino Rossi reveals one of his secrets 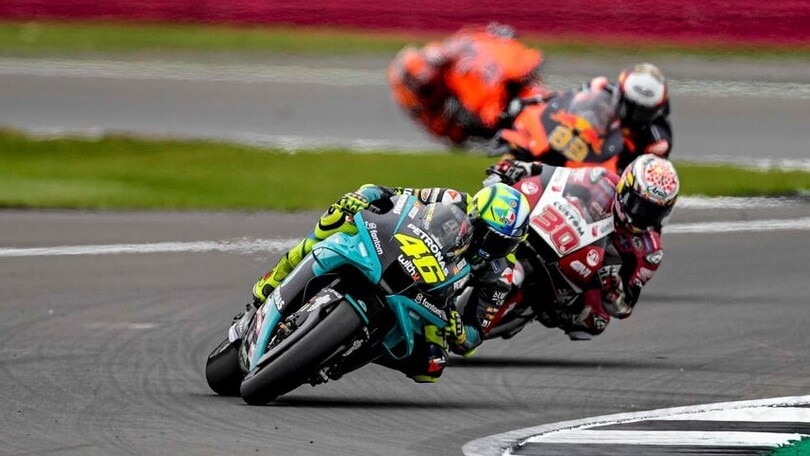 The nine-time champ comes clean about one of the aces he's had up his sleeve, and says his piece about the tyres, with which he’s struggled to find feeling since 2019

Valentino Rossi has six MotoGP races left to go in what is his 26th and final world championship season. He takes the opportunity to reveal one of his best-kept secrets, something that has contributed to helping him make history. The Doctor has told British TV station BT Sport: “I’m left-handed but that’s not all. I’m also ambidextrous, so I can do the same things with my right hand”. So where’s the advantage? Through the turns: “Not all riders can be quick through both the left- and right-handers, for this reason, in managing the accelerator”.

An incompatibility with the tyres

Corner speed has long been his strength: “I felt I could ride with a little more speed, and perhaps that was the reason”. Today, Valentino finds himself struggling with the Michelin tyres, one of the reasons behind his gradual decline: “Since 2019, I’ve often had this problem and after the first seven or eighth laps, the rear tyre really drops off. Almost as if it’s burned”. Now, more than ever, he wants to finish the season strong, but admits: “We no longer know what to try”.

His most significant rivals

Looking back at his MotoGP career, Rossi has spoken about the last rivals he battled for the title: “Casey Stoner is one of the most talented and difficult to beat riders. In terms of pure talent, he’s unbeatable”. The most recent was Jorge Lorenzo, the Doctor commenting: “I didn’t deserve a team-mate like him at Yamaha, after everything I’d done for them. I needed someone a bit slower”.

He then mentions Marco Simoncelli, a rider who left us far too soon: “A disaster, very bad, also the way it happened… A great pity”. Rossi will soon retire, but his name will live on, in the form of his VR46 pupils, or rather Franco Morbidelli, Pecco Bagnaia, Luca Marini, and Marco Bezzecchi: “I’m very proud of the Academy riders, because when I retire at the end of the season, a part of me will still be there on track”.