MotoGP, Valentino Rossi: “I continued in 2020 thanks to my parents” 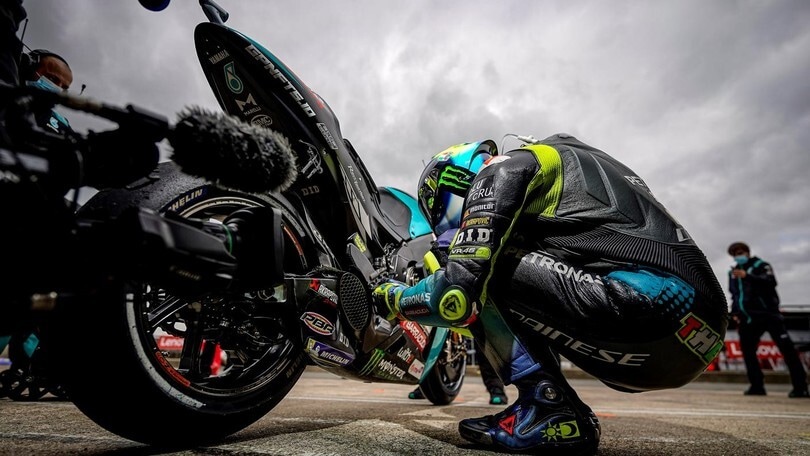 Father Graziano and mother Stefania have always supported the nine-time champ, even pushing him to extend his career into 2021

Valentino Rossi finally decided to call time on his motorcycle career last month, but his retirement could have come a year earlier, at the end of 2020 in fact. The Italian admits that he was already seriously considering stopping last season, but his two biggest fans were able to ‘convince’ him to continue for at least another year.

Graziano and Stefania motivated him

Rossi reveals this detail while speaking to BT Sport: “In 2020 I thought long and hard about whether to continue for another year or not. I was undecided and my mum and dad pushed me”. So it was his parents who encouraged him to race for one more year: “They told me that I shouldn’t stop and that I should continue. Sometimes you expect the opposite reaction, the classic mum response of ‘that's enough, you should stop now’ but instead they pushed me to continue”.

The scene as the Doctor broke the news

But this year his mind was already made up when he went to tell mother Stefania during the long summer break. A decision that perhaps also had to do with the pregnancy of girlfriend Francesca Sofia Novello. The Doctor reveals how he broke the news: “It was quite strange. Before Austria, I said to her, ‘Stefi, tomorrow I’ll do a press conference in which I’m going to announce my retirement’. She was washing some glasses and replied: ‘Ah OK, I think it’s a good idea’. And that was that. That’s all we said to each other and then, ‘OK, bye, see you tomorrow’".

MotoGP, Valentino Rossi reveals one of his secrets