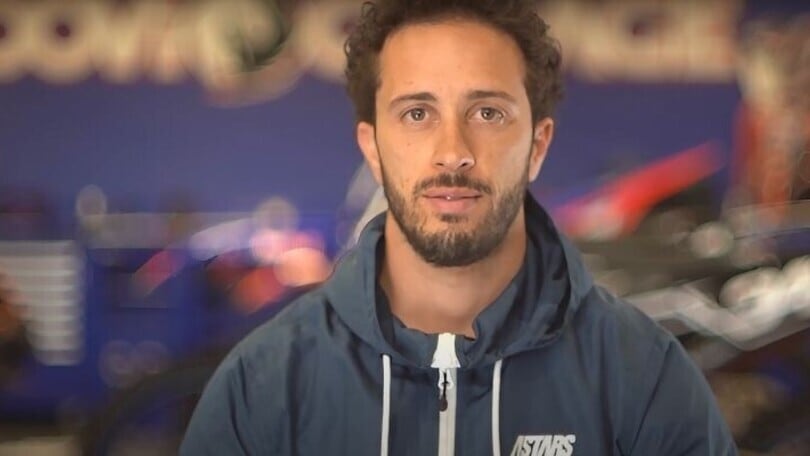 The Italian will soon return to the reigning class, the decision benefitting both team and rider

As already announced, the Misano race weekend on 17-19 September will see Andrea Dovizioso get back on a MotoGP bike after a year’s absence. The Italian, who will also take part in the 2022 championship with Yamaha, or rather Petronas, thus ends what he referred to as a sabbatical.

After flirting with Aprilia and completing three days of testing, Dovizioso decided to accept the offer from Yamaha. It will be interesting to see to what extent this partnership can benefit a returning rider like Dovizioso and a team that has been having an extremely difficult season until now.

On the one hand, this might look like a gamble for both parties. While Dovizioso returns to a bike that might appear competitive, it only really performs in the hands of Quartararo. Yamaha meanwhile signs up a 35-year old rider who’s coming off the back of a one year break. On the other hand, this move might prove to be the right one, the Italian climbing aboard a five-time race winner (the most successful bike) and Yamaha gaining the skills of one of the strongest riders of the modern era. So, which view is the correct one?

The Vinales debacle put paid to Yamaha’s plans, and so too those of team Petronas that, despite having always said it wanted to focus on youngsters, has subsequently turned to the former Ducati rider. A symbolic change of direction, with the Malaysian team bosses once again opting for a more experienced rider. Last year, they went with Valentino Rossi who, as well as experience, brought a media appeal that was hard to resist. And this year, Dovizioso. One of the reasons, aside from the rider’s undeniable talent, is probably the lack of appealing young talents available to ride the M1. With Gardner, Fernandez and Di Giannantonio already heading to the top class, and Bezzecchi close to a deal with the VR46 team, betting on any other Moto2 rider could be a gamble too far. Also bearing in mind the difficulties that Jake Dixon has been having in recent races.

They know how to choose riders in Iwata, two recent examples being Quartararo and Morbidelli, but the decision to go with Dovizioso is as logical as it is full of unknowns. The rider is 35 and the M1 is very different to the bike he rode back in 2012. Added to which are the problems Valentino Rossi and Franco Morbidelli have had this season (particularly with the tyres), two riders who have a riding style that it not dissimilar to that of the Italian...

Nevertheless, Yamaha gains a rider who was able to win fourteen races in the last five years and finish second in the championship on three occasions. The last rider who, between 2017 and now, has been able to take on Marc Marquez and beat him in certain situations. Dovi’s experience with Ducati has seen him grow as both rider and test rider, and this represents an additional benefit for Yamaha that, in losing Valentino Rossi, will lose their guiding light in terms of development.

And so the compass could well be telling us this is the right direction, something that is backed up by Dovizioso’s riding style, well suited to the M1 at least on paper. The bike’s strengths lie in its frame and rideability, two elements that could highlight the Italian’s riding. But it’s also true that, as Crutchlow says, Dovizioso will face a bike that is very different to the Ducati he was used to, particularly in terms of the engine. So an adaptation phase is inevitable but if there’s one rider who can do it, then this is Dovizioso. On paper, the Dovizioso-Yamaha pairing could bring benefits for both parties, but only the track can now provide a definitive answer.