MotoGP, Rossi: “I’ll try to be competitive for the fans at Misano” 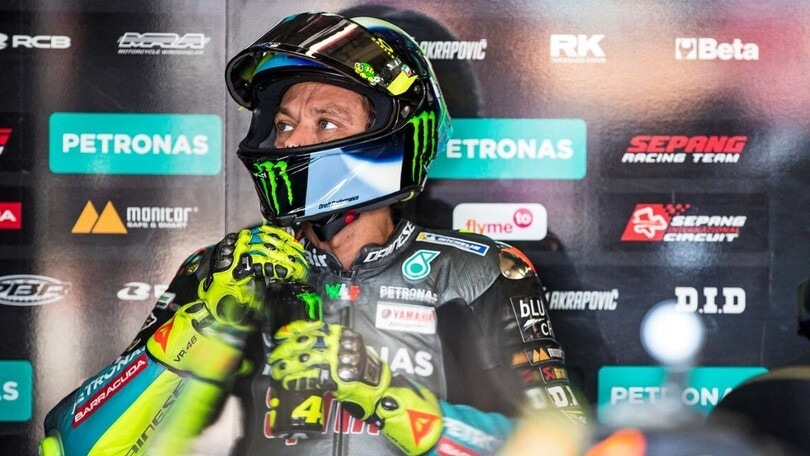 The Italian is ready for his home round: “Racing here is always special and last year I fought for the podium. Dovi? He can spark interest, I’m happy to have him on the team"

This weekend marks Valentino Rossi's penultimate race at the Misano World Circuit Marco Simoncelli before he hangs up his helmet. After a difficult Aragón round, he’ll be looking to score a good result in front of his home crowd.

“The Misano weekend is always a special one for me”, commented the nine-time world champion during the press conference. “I can say that I grew up at this track, having raced here for the first time thirty years ago. It’ll be important to be strong here, especially considering the many fans who’ll come to watch us. Last year I was fast and even fought for the podium, so I hope to be competitive again this time.”

And the weekend also sees the return of Andrea Dovizioso, as Vale’s team-mate no less: “I’m pleased because I have a great relationship with Dovi, even though we’ve also been great rivals in the past, ever since 2008 in fact. I think his return is a good thing for the championship, because he’s a big name that can spark interest among the fans.”

“Morbidelli and Bagnaia will fight for the title”

Rossi also touches on Bagnaia’s win at Aragón and Morbidelli’s return: “Pecco did so well last Sunday and I think that was just the first of many wins for him. I’m also pleased that Franco will be back on track, and as a factory Yamaha rider too. I’m sure that he and Bagnaia will be frontrunners in next year’s title fight”.