Moto3, can Foggia win the title? Analysing the grand finale 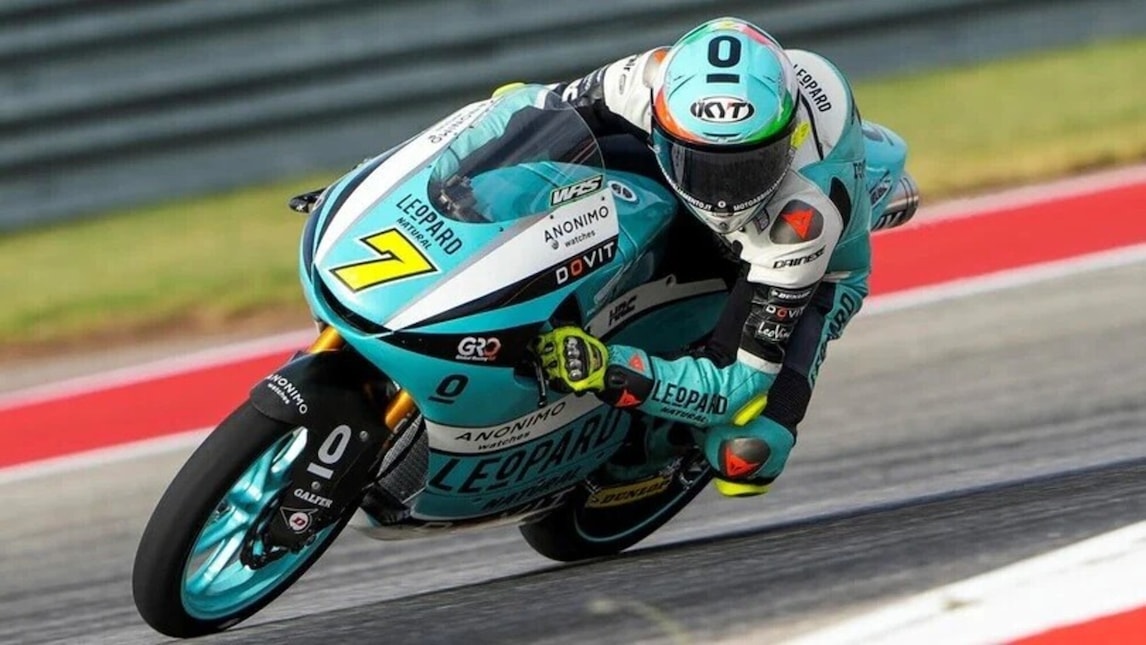 Thirty points to make up in three races – difficult but not impossible for the Italian, who’s increasingly at ease aboard the Honda

At the end of a race that could have resulted in tragedy, Race Direction decided to go with the outcome of the original 'heat', meaning that Dennis Foggia scored a very important podium at the GP of the Americas. The team Leopard rider’s ninth of the season in fact, as well as his fifth consecutive top-three, which means he’s now another twelve points closer to leader Pedro Acosta. With the Texas GP now behind him, Foggia lies 30 points behind the Spaniard after struggling early on in the season, the Italian scoring just 20 points across the first rive races. But now the title fight is really heating up.

After a two week break, the next round will play out at Misano, a track at which Foggia won just one month ago, while the Spaniard struggled. The team Ajo rookie finished seventh, but will now need to get back out front if he wants to keep his closest rival at bay. Foggia has made up 67 points in the last five races and is confident he can gain further ground back at the Adriatic circuit.

And then it’s on to Portimao, in Portugal, where Acosta triumphed back in April… ahead of Foggia. Every point from here on in will be fundamental and both will need to be careful, making the most of any opportunity they have to finish ahead of the competition. So the Algarve track could see something of a duel between the pair. The only difference this time around will be the weather, which might not be as stable as it was six months ago.

The title fight may well continue on to Valencia, the traditional stage for the season finale. A track that holds sweet memories for Acosta, who won the Red Bull Rookies Cup there last year, but one that is not among Dennis Foggia’s favourites. He has only finished in the points at the Ricardo Tormo circuit once in fact, back in 2017, when he crossed the line seventh. So he’ll definitely have an opportunity to improve on that result, and maybe even bring the Moto3 title back to Italy with him.