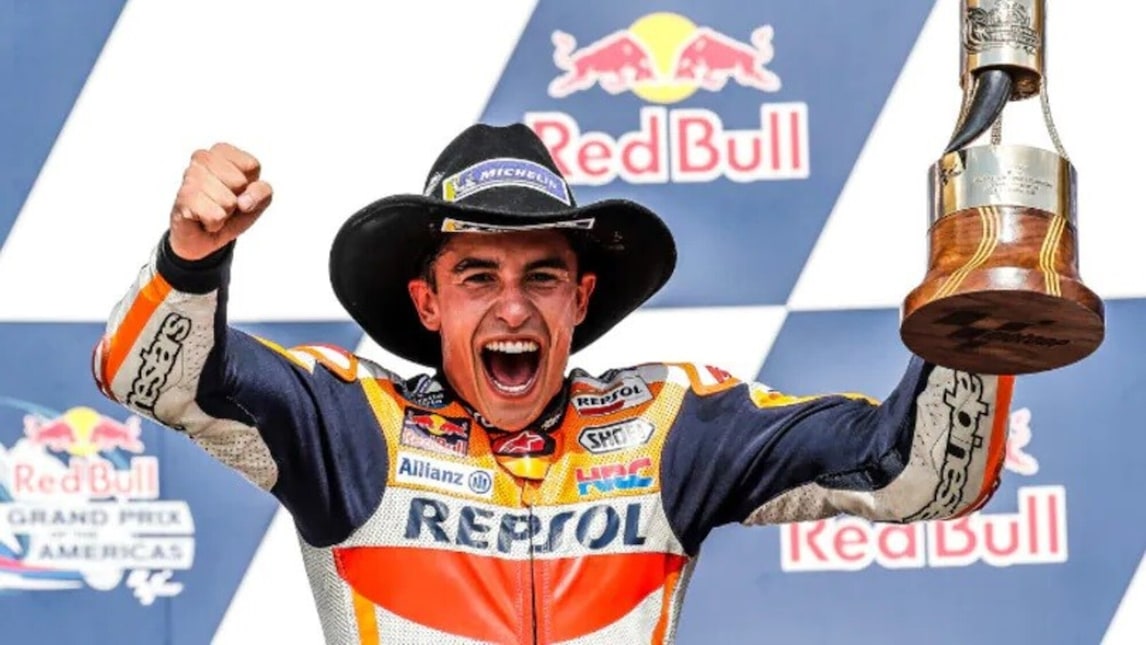 The Austin win brought the return of the Marc Marquez we all know and his crew chief, Santi Hernandez, recognises the eight-time champion’s many struggles and sacrifices

The win at Austin, his seventh in eight editions of the event, marked the return of Marc Marquez the ‘cannibal’, a Marquez who, in the technical superiority he has always demonstrated around the Texan track, was able to find a strong ally with which to tackle the physical difficulties that have characterised his season. His long-term crew chief in MotoGP, Santi Hernandez, talked to As.com about the importance of his rider’s return to the top and his rediscovered riding standard.

Hernandez on Marc: "For Marc it’s a joy to be back on top"

The win at Austin felt like a liberation for the eight-time champion, who appears to be regaining that all-important feeling aboard his bike. Crew chief Santi Hernandez recalls the champion’s tough year: “For Marc it’s a joy to be back on top and it means that he’s not forgotten how to ride. It’s a reward for all the work he's put in during the recovery process. It means a lot to him, and for us too, because it hasn’t been an easy year. This result encourages us, but particularly Marc, who is the one suffering. Both Germany and Austin were important. After a year in which he was unable to race, every win is important, perhaps the win in Germany was even more emotional".

His recovery is a slow process

With just three races left to run, the goal is to regain both his feeling and physical fitness with a view to next season, when Marquez will attempt to secure his ninth world title win, perhaps going for another race win in the meantime: "We want to win again but it’s not easy to be on the podium. We need this year to understand the bike and see what can be improved and start working in preparation for next year. And Marc needs to recover and slowly regain the old sensations. We know he’s not 100% as we would like, but he’s getting better. His recovery is ongoing, it’s a little slow for sure, and that can mean that the results feel like more of a struggle, but we’re pleased to see him suffering less".

MotoGP: the provisional 2022 calendar is published