Domenicali: “We’re not ready for an electric MotoGP yet, but we’ll get there” 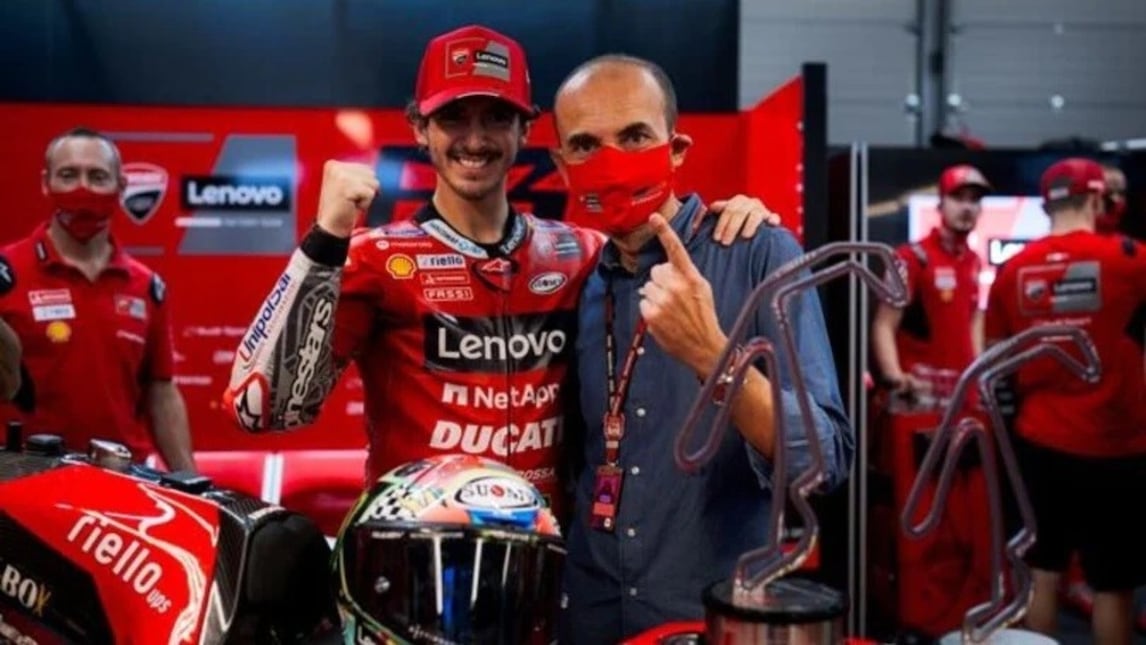 The Ducati CEO: "We come to MotoE in a strong position. They say our endothermic engine is the best on the grid and, by working on the batteries, we’ll ensure we're ready for the reigning class"

Ducati has big ambitions, as proved by its outstanding sales figures, its results across the various championships and the words of the its CEO, who is in attendance at Misano and has spoken live with another CEO, or rather Dorna’s Carmelo Ezpeleta.

The Italian manager specifies just how important this project is: "The decision is key in terms of what came before and what will come in the future for Ducati, which will be the sole MotoE supplier from 2023 to 2026. This agreement with Dorna is an important step for us”.

Domenicali explains just how important racing is to the firm’s day to day work: "We enter the world of electric mobility in a strong position. There’s nothing better than racing as a way to test everything. We want our engineers to be as good at developing electric systems as they are with endothermic powertrains – everyone says our MotoGP engine is the best. We can’t wait”.

What started as an electric idea has now exploded

The Borgo Panigale CEO reveals some interesting details: "We have been studying electric powertrains for years but now, with the Dorna agreement, we delve deeper into the project. In 2022 we will carry out development at the tracks, so that we have an already tried and tested project in 2023, one that meets the safety and performance criteria required by Dorna. The bike will be as light as possible, we have many ideas in terms of transfering technology from MotoGP to MotoE".

Claudio touches on other significant aspects: "Electric can be considered boring but I’ve tested 1000 KW cars and they are so impressive. Electric mobility is efficient thanks to the accelerator. The main problem is weight, which is easier to resolve with cars than with bikes. And then the EU asks us to reduce emissions, so we’re trying to understand what to do there. We’re not ready for electric MotoGP bikes right now, but in the future with some battery development, we’ll get there. And we want to be ready for it”.

Ducati belongs to the Audi-Volkswagen automotive group, already active on the electric front of course. Domenicali confirms that this has been a topic of discussion: "I’ve talked about it with the Audi Group, because we’ll become part of a centre of excellence for batteries for production vehicles, designed for Volkswagen and Audi. And we’ll talk with Porsche and Lamborghini. Porsche is developing something but for high-level racing cars, not for production cars."

MotoGP, Marquez: “I am stronger and ready to fight at Misano”