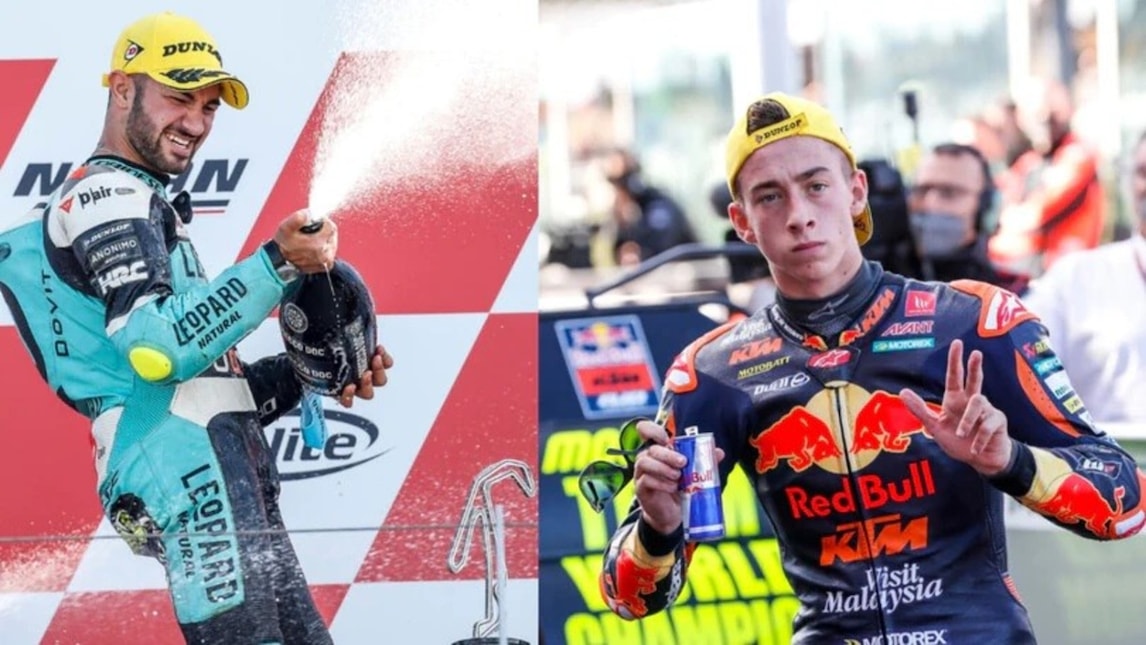 The next round of the Moto3 World Championship could prove decisive in awarding the title. Here are the combinations that would allow this to happen

We’re almost there now, the 2021 Moto3 world champion soon to be crowned. This year’s class has seen the explosion of phenomenon Pedro Acosta, who Dennis Foggia has done a very good job of chasing during the second half of the season.

With his win at the Emilia-Romagna GP, The Rocket has cut the gap to just 21 points and Dennis now wants to keep the battle going until Valencia. Meanwhile, Acosta will do his best to secure the title already at Portimão, a track at which he already won the Portugal GP.

But what are the combinations that would allow Acosta to lift the title trophy in the Algarve? To do so, he will need to leave Portimão with at least 26 points more than the Italian, and so aiming to win the race as he did seven months ago is the first solution.

If he crossed the line second, Acosta would need to hope that Foggia does no better than fourth. And a third-place finish would be enough for the Ajo team rider if Dennis does no more than fifth. Pedrito would also win if he finishes fourth, with Foggia eighth or lower.

The other combinations are tougher. If Acosta does no more than fifth, then Dennis needs to finish tenth or lower. But if the Leopard riders suffers a DNF, #37 would only need an eleventh-place finish.

One thing is sure though - Foggia, in the shape of his career, will not be making things easy for the young prodigy.

Moto2 Algarve, the combinations: Remy Gardner a step away from the title